AREVA, in consortium with Siemens has won a contract to supply the instrumentation and control systems for units 5&6 of the Fuqing nuclear power plant in China. 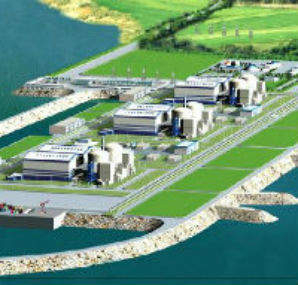 AREVA, in consortium with Siemens has won a contract to supply the instrumentation and control systems for units 5&6 of the Fuqing nuclear power plant in China.

China Nuclear Power Engineering, a subsidiary of China National Nuclear Corporation will manage construction of the two 1000 MWe reactors, which is due to begin in 2014 and 2015.

Fuqing 5&6 will use the AREVA TELEPERM-XS digital safety I&C system, which is currently in use in 14 different reactor designs across 16 different countries.

The recent Chinese contract builds on over 30-years of cooperation between France and China in civil nuclear power. AREVA-Siemens has supplied I&C systems for five of China’s 18 operational reactors: Tianwan 1&2, Ling Ao 3&4 and Qinshan 1. The consortium also has agreements covering the supply of I&C systems for Fuqing 3&4 and Taishan 1&2, currently under construction in China, as well as for the the Russian-designed VVER-1000 reactors at Tianwan 3&4.

The TELEPERM-XS technology is currently licensed in France, China, Finland, Germany, the United States, Russia, Brazil, Argentina, Spain, Sweden, Switzerland, Hungary, Bulgaria and Slovakia. Some 80 TELEPERM-XS systems have been supplied or are currently installed, according to AREVA.

The technology can be used in both new-build and upgrade markets. In 2011, unit 1 at Duke Energy’s Oconee Nuclear Station became the first reactor in the US to upgrade from 1970s-era analogue instrumentation and control to a digital reactor protection system (RPS), engineered safety (ES) system, and nuclear instrumentation system (NIS).

The TELEPERM-XS I&C system aims to avoid system faults and errors through a modular design with simple, thoroughly tested components. The system and application software execute in a deterministic way, which means there are also that no process driven interrupts. The system has also been designed to identify and cope with failures using extensive self-monitoring and fault handling.