Located about 3,500m to 4,100m above sea level, the Yanacocha mine is the largest gold mine in South America 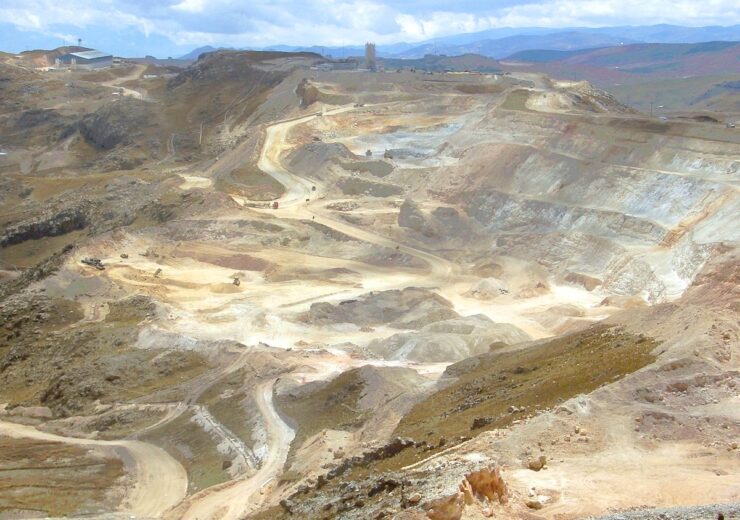 The Yanacocha gold mine is in Peru. (Credit: Euyasik/commons.wikimedia.org.)

Newmont has entered into a $48m deal with Sumitomo to buy the remaining 5% stake in Minera Yanacocha mine in Peru.

Following the completion of deal, Newmont will become the sole owner-operator of the asset. The deal closure is expected in the second quarter.

This acquisition comes after Newmont announced a $300m deal in February to acquire a 43.65% stake in the Minera Yanacocha mine from Compañia de Minas Buenaventura.

During the same time, the company also signed an agreement to transfer its stake of 47% in the La Zanja gold and silver joint venture (JV) to its partner Buenaventura.

Newmont president and CEO Tom Palmer said: “This transaction gives Newmont full equity ownership of the Yanacocha district where we are positioning the Sulphides project for profitable production and value generation for decades to come.

According to Newmont, the acquisition of stakes from Buenaventura and Sumitomo is in line with its district consolidation strategy.

Meanwhile, Newmont will continue to advance the feasibility study of the Yanacocha sulphides project. This study is aimed at extending the mine’s life to beyond after 2040.

Located about 3,500m to 4,100m above sea level, the Yanacocha mine is the largest gold mine in South America.

It is a joint venture, with Newmont holding 51.35% stake, Minas Buenaventura having 43.65% interest and Sumitomo Corporation with 5%.