Newmont Mining has completed the Northwest Exodus expansion project to increase its gold production in Nevada, US. 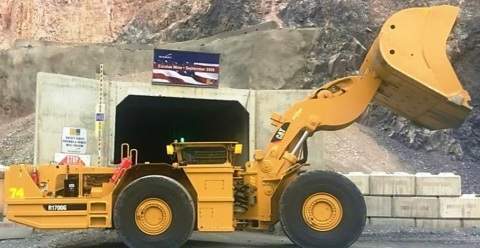 The expansion, which saw an investment of $69m, is expected to extend mine life from the Exodus underground operation in the Carlin North area for 10 years.

Newmont said that the Northwest Exodus project is a profitable expansion that adds higher-grade, lower-cost gold production in Nevada.

The project is expected to result in the addition of between 50,000 and 75,000 ounces of gold production per year.

In the first five years of its operation, the Northwest Exodus is estimated to lower Carlin’s all-in sustaining costs by approximately $25 per ounce.

Its underground infrastructure is also anticipated to offer exploration platforms to support future growth in a highly prospective gold district.

“As our newest expansion, Northwest Exodus demonstrates Newmont’s commitment to investing prudently in viable technologies that enhance safety and generate long-term value for our stakeholders.”

The project is also designed to support autonomous operations. To access and recover ore, it is currently running two autonomous mobile loaders and pilot-testing autonomous drills.

Newmont, a gold and copper producer, claims to have built eight new mines and expansions on four continents. The mines include Akyem and the Phoenix Copper Leach in 2013, Merian and Long Canyon in 2016, Tanami in 2017, and Twin Underground in 2018.

The company runs its operations primarily in the US, Australia, Ghana, Peru and Suriname.