Fortum has boosted its hydropower plant at Forshuvud in Sweden, through an innovative combination of hydroelectric power and a large set of lithium ion batteries. 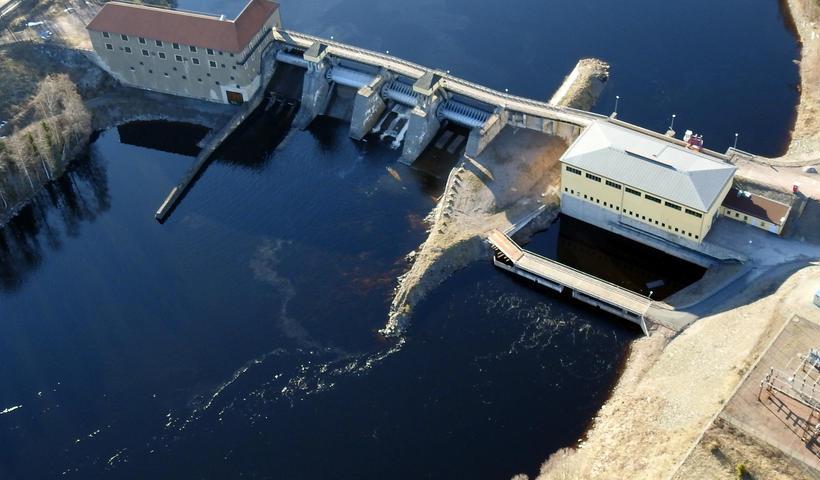 This innovation means hydropower in the Nordic region becomes an even more reliable and powerful asset in building the future renewable energy system. The batteries will also help reduce the risks of network disturbances as well as reduce wear and tear on the hydropower plant.

Fortum has activated its previously announced batteries at the Forshuvud hydropower plant located near Borlänge and Dalälven in Dalarna, Sweden. For the first time, batteries will now be used in the electricity grid to support hydropower and improve the regulation power. The plant has been equipped with a large amount of lithium-ion batteries with a total storage capacity of 6,2 MWh and a maximum power output of 5 MW.

Hydropower is the backbone of the Nordic renewable energy system. In Norway, hydropower accounts for 96 percent of power generation, whilst in Sweden it accounts for approximately 50 percent.

At the same time, the use of other renewables is increasing rapidly in the Nordic countries. Sweden is currently preparing for a transformation of its energy system and a broad political agreement has set a target of 100 percent renewable energy by 2040. The agreement also states that the transferability of Sweden’s energy to its neighboring countries must increase.

“The fact that there has to be sufficient amount of well-functioning and precise regulation capacity in Nordic power system, the new batteries, will reinforce the regulation power in the Nordic power system. At the same time, we are improving an already green and sustainable energy source,” says Tatu Kulla, Fortum’s Head of Business Development.

Thanks to the batteries, frequencies in the grid will be superinduced or drawn back faster and altering power in a matter of seconds. This compensates for increasingly fast changes in the production of electricity caused by, for example, wind power. The batteries will utilize and enhance the hydropower plant’s role as a regulator and take better advantage of capacity regulation, which is one of the main benefits of hydroelectric power.

Fast changes at hydropower plants shortens their expected lifetime as mechanical parts are worn down. The batteries will reduce wear and tear on the hydroelectric plant’s turbines and generators normally caused by quick changes in power.

“This is a unique solution. It means that the supply of energy will be more secure and more sustainable. Fortum always aims to invest in innovations that reinforce our hydroelectric powerplants and that strengthen green energy. We will evaluate this project and our priority is that this technique will be used in other power plants throughout Sweden,” says Toni Kekkinen, VP Hydro.

When the batteries were tested during spring, the results showed that the batteries are performing satisfactory frequency response both in terms of speed and endurance.

The installation in Forshuvud is based on the experience Fortum gained two years ago when it started to experiment with this concept at the combined heat and power plant in Järvenpää, Finland. Approximately three million euros has been invested in this project.