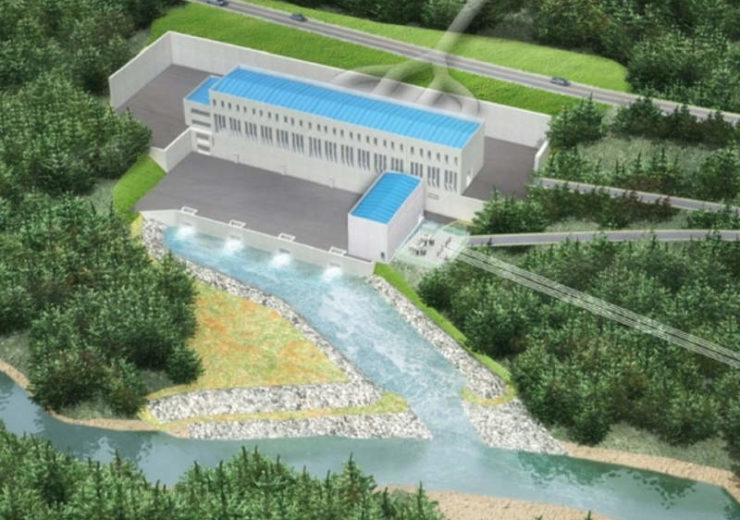 Two double shield tunnel-boring machines (TBMs) are being used by JSC Nenskra Hydro during excavation work at the Nenskra Hydropower Plant in Georgia.

JSC Nenskra Hydro, the hydropower developer behind the 280MW Nenskra hydropower plant in Georgia, has recently announced that it will use the latest technology for excavation of the project’s tunnels – two Double Shield tunnel-boring machines (TBMs), custom made by German firm Herrenknecht.

Tunnelling work at the Nenskra hydropower project in Georgia

The Nenskra project will include two tunnels. The Nakra transfer tunnel connects Nakra valley with Nenskra valley and is approximately 12.5km long with a 3.5m diameter. This tunnel will divert water from the Nakra weir and into the Nenskra reservoir.

The second tunnel, Nenskra headrace tunnel, follows the left bank of the Nenskra valley and is approximately 15.1km long with a 4.5m diameter. The tunnel will connect the reservoir with the powerhouse.

“The use of TBM has several advantages, first of all, safety and reduction of environmental impact. The TBMs we have purchased for the project combine tunnel excavation with concrete segment lining, which guarantees the safety of the workers, as well as the safety and efficiency of the tunnels’ operation in the future,” says Teimuraz Kopadze, chief operations officer of JSC Nenskra Hydro.

Excavation of the tunnels is planned from 2020. Prior to that, preparatory works are being carried out in Chuberi and Nakra villages of Mestia municipality, which includes construction and rehabilitation of bridges and roads, as well as construction of temporary camps and power supply lines.

The Nenskra hydropower project is the largest strategic hydropower plant in the history of independent Georgia.

With 280MW of installed capacity, the project will annually provide Georgia with total energy generation of 1200GWh, which will be fully consumed by the local energy market.

Today, Georgia experiences a deficit in electricity supplies in winter, particularly in the period of November to January due to less water being available from rivers and increased internal energy consumption. In addition, the percentage of imported electricity increases year after year.

Given these conditions, the implementation of the project is of utmost importance for the country.

The electricity generated by the project will guarantee the energy supply needed during the autumn-winter season, allowing Georgia to substantially reduce imported energy and related expenses, improving the economy of the region.

The execution of the project will also significantly contribute to the importance of the Svaneti region, its prosperity and socio-economic development from the perspective of all the country, says the developer.

Nenskra is being implemented based on BOT (Build-Operate-Transfer) model, stipulating for the transfer of ownership to Georgia 36 years after the project  is commissioned.

Components of the Nenskra project

The main project components are expected to comprise a 130m high and 870m long asphalt face rock fill dam on the upper Nenskra River – creating a live storage of about 176 million cubic metres and a reservoir area at full supply level of 2.67 square kilometres.

An 85m deep and 545m long cut-off wall will be constructed to avoid seepage, as well as an 850m long tunnel-type spillway with enough capacity to withstand the probable maximum flood coming from upstream.

The dam will capture the flows of Nenskra river and the adjacent Nakra river, exploiting the maximum available head of 725m.

The weir on Nakra river will be 8.7m high and 44m long, diverting the Nakra water currents through the transfer tunnel into the Nenskra reservoir.

The project’s powerhouse is planned on the left bank of the Nenskra river and will include three vertical Pelton turbines of 93.33MW capacity each.

In a statement, JSC Nenskra Hydro said environmentally-safe execution of the project is a priority.

Based on environmental and social impact assessments undertaken in 2015 and 2017, the impacts of the project on livelihoods, fauna and flora were assessed – and monitoring and mitigation measures were identified during construction and operation.

Establishing the Environmental and Social Management Plan, the project is committed to implementing monitoring and mitigation measures in full compliance with Georgian legislative requirements and international standards, the company said.

However, environmental groups have created a number of campaigns in a bid to stop the project’s development, claiming there will be significant impact on the biodiversity of the Caucasus Mountains and the economic livelihoods of the indigenous Svan people who have lived for generations in the region.

The Georgian hydropower project is being financed through an 30% equity and a 70% debt.

The European Bank for Reconstruction and Development (EBRD) will invest $15m for an equity share in JSC Nenskra Hydro, and is also providing a senior secured loan of $214m for the project development.

Other equity shareholders in the joint venture are K-Water and Georgia’s state-owned Partnership Fund.

The Korea Development Bank (KDB) provided an $87.6m loan, while the European Investment Bank (EIB) approved a senior loan of $150m for the project on 6 February 2018.