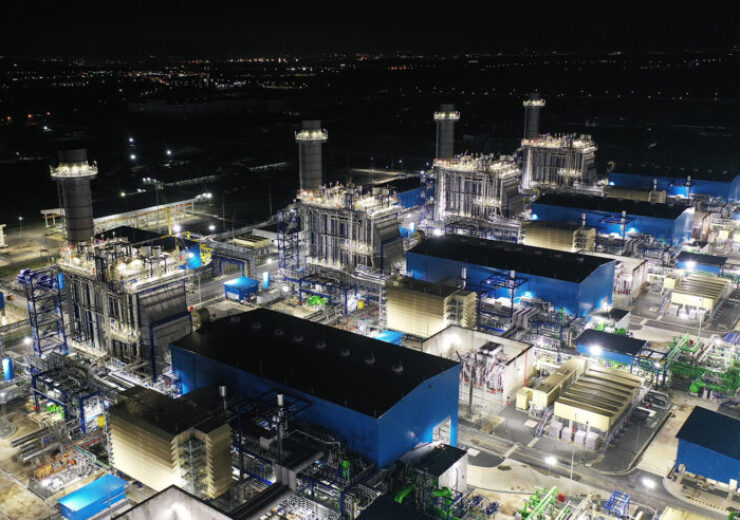 Mitsubishi Power said that the fourth and final unit of the Chonburi power plant, a 2.65GW natural gas-fired power facility in Thailand, has commenced operation.

The power plant is owned by a joint venture (JV) between Thai power producer Gulf Energy Development and Mitsui & Co.

The Chonburi power plant is one of the two gas turbine combined cycle (GTCC) thermal power generation systems in Thailand for which Mitsubishi Power won full-turnkey orders for construction in 2018.

The power produced from both the GTCC power plants will be sold to the Electricity Generating Authority of Thailand (EGAT).

Located nearly 130km southeast of Bangkok, the Chonburi power plant is operated by Gulf SRC, the JV of Gulf Energy Development and Mitsui.

MHI energy transition and power headquarters deputy head and GTCC business division senior general manager Takashi Tozawa said: “Thanks to the cooperation of everyone involved, we have achieved commercial operation of all four power trains without incident, according to the original contract schedule.

“We are proud to say this is the only project in Thailand which began operation on time, despite the COVID-19 pandemic. I am certain that our solid relationship of over 10 years with customers in Thailand will lead to similar success of the project currently under construction in Rayong Province.”

Gulf Energy Development stated: “For more than 10 years, Gulf Energy and Mitsubishi Power have built a solid relationship of trust, and the completion of this GTCC power exemplifies this.

“Mitsubishi Power carried out this project as a unified team, and we are grateful for Mitsubishi Power’s commitment and resilience to have all four power trains commence operations in line with agreed delivery dates, even amid the difficulties of the COVID-19 pandemic.”