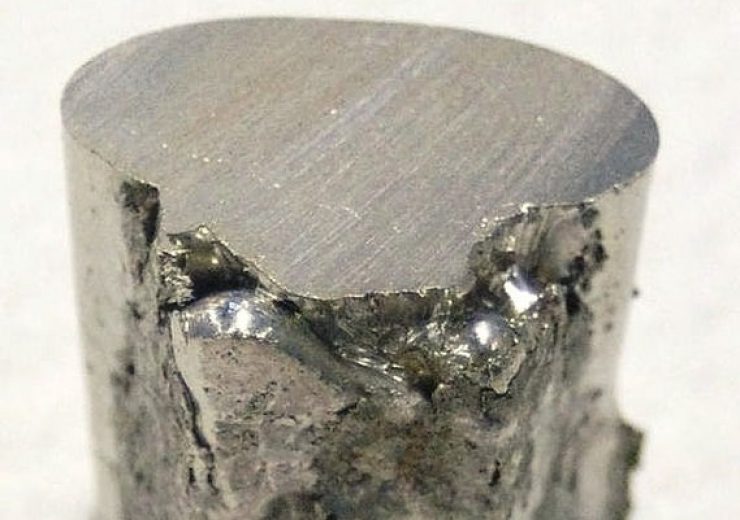 A piece of Ni about 3 cm in size. (Credit: Materialscientist (talk)/Wikipedia.org)

Mincor Resources has opened the Cassini nickel mine in Western Australia, marking a key step ahead towards the commencement of nickel production early next year.

Located in the Southern Goldfields region, Cassini mine is said to be the cornerstone of the company’s Kambalda Nickel Operations.

First nickel concentrate from the mine is expected to be delivered in the first quarter of 2022.

Mincor expects the Cassini mine production to account for 56% of its total nickel-in-concentrate production over the initial life of the project.

Mincor’s managing director David Southam said: “This is a tremendous milestone for Mincor, for our employees, shareholders, suppliers, strategic partners and other key stakeholders, and for the Kambalda nickel district more broadly.

“The official opening of the first new nickel sulphide mine in the region in over a decade is a proud moment, and one that signals the start of a new chapter for this world-renowned nickel district.”

The Cassini mine is estimated to contain an ore reserve of 1.2Mt at 3.3% nickel for 40,100t of contained nickel.

Underground extraction of the Cassini deposit is expected to be done through a box-cut and decline, according to the mining inventory outlined in the March 2020 definitive feasibility study.

Ore from two underground mines Cassini and the Northern Operations is expected to be processed at BHP’s Kambalda Nickel Concentrator.

The development of the Kambalda Nickel Operations is estimated to require a pre-production capital investment of A$68m ($51.7m).

It is anticipated to create more than 200 long-term direct jobs during operations.

Recently, Mincor has signed a $55m ($41.7m) syndicated facility agreement (SFA) with a banking syndicate for its Kambalda Nickel Operations.

The definitive feasibility study outlined an initial 5-year operation for the Kambalda project, with an estimated production of 71,000 tonnes of nickel and 5,000 tonnes of copper.