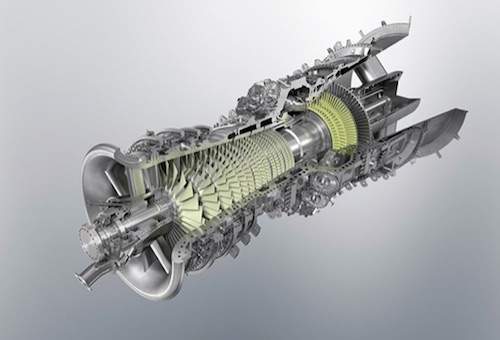 Exceeding 8,000 hours of commercial operation is widely taken as an industry benchmark for demonstrating a gas turbine’s reliability.

The original J-Series was launched in 2009 and achieved 8,000 hours of commercial operation in 2011. To improve efficiency and operability, MHPS then developed an air-cooled combustor with Tohoku Electric Power. which resulted in the JAC gas turbine. To further improve the JAC, MHPS then developed Enhanced Air Cooling that just achieved 8,000 hours of commercial operation.

In total, 55 J/JAC turbines have been ordered globally and an additional 16 have been technically selected by power generation customers, making this one of the most successful product introductions in history.

MHPS senior executive vice president and chief technical officer Akimasa Muyama said: “Enhanced Air Cooling takes our JAC to the next level, and establishes the JAC’s position as the new industry standard. In 1×1 combined cycle configuration, a 60 Hz JAC power plant will now have a generating capacity of over 600MW, providing over 64% fuel efficiency and 99.5% reliability.

According to a market survey report, the JAC now holds the top global market share for gas turbine orders in 2018(1). MHPS will continue to lead the industry with technically sophisticated, environmentally-friendly GTCC power generating systems.”