MHI generates renewable energy equivalent for its US operations

In response to climate change, companies around the world are expanding measures to support the use of green energy in an effort to realize a lower-carbon and sustainable world 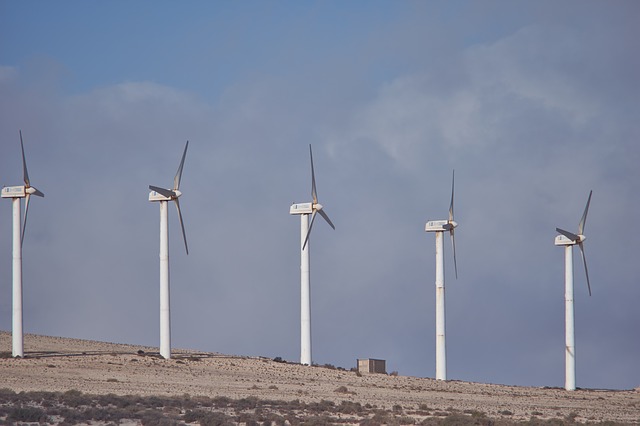 Image: MHI revitalized the facility by retrofitting the equipment for greater efficiency and output. Photo: Courtesy of Roy Buri from Pixabay.

Mitsubishi Heavy Industries, Ltd. (MHI) has achieved annual energy output from the White Deer Wind Farm, a wind power facility it acquired one year ago, equivalent to the energy consumed across its business activities in the United States. MHI revitalized the facility by retrofitting the equipment for greater efficiency and output. The project reflects MHI Group’s commitment to contributing to the sustainability of society through manufacturing.

In the past year, White Deer Wind Farm has generated an amount of energy equivalent to the total annual energy consumption of MHI Group in the U.S. during the same period.

The wind power facility, operated on the Texas Panhandle, began commercial operations in December 2001 with 80 of MHI’s 1,000kW turbines. At the time MHIA acquired the operator, 24 of the 70 turbines considered repairable were not in operation. The company made key upgrades, including installing vortex generators designed using 3D computational fluid dynamics (CFD) analysis, updating the control software to increase the output and directional control precision, improving the noise resistance of the electrical circuits, and took additional steps to resume operation of more units, while enhancing their performance, availability and reliability.

In response to climate change, companies around the world are expanding measures to support the use of green energy in an effort to realize a lower-carbon and sustainable world. As companies pursue wide-ranging efforts to achieve this – including afforestation and forest conservation programs to absorb CO2, and promoting the use of power derived from renewable energy – MHI Group, driven forward by this successful case, will focus on promoting sustainability through its manufacturing business.