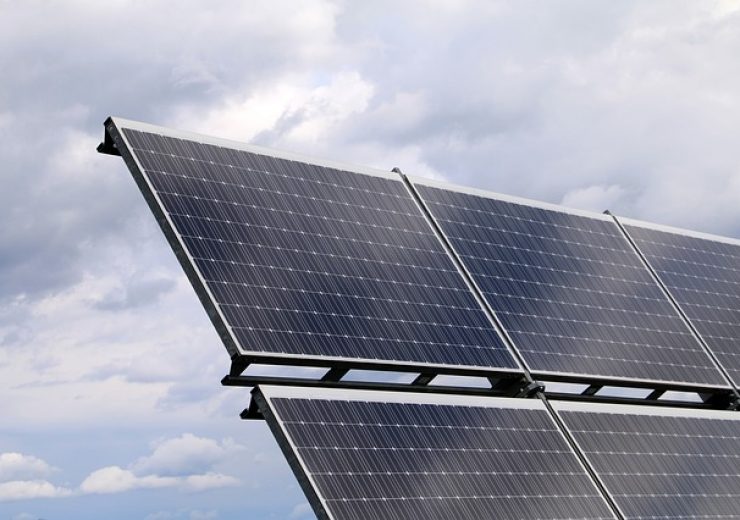 Madison Gas and Electric (MGE), in partnership with We Energies and Wisconsin Public Service (WPS), subsidiaries of WEC Energy Group, is seeking approval from the Public Service Commission of Wisconsin (PSCW) to purchase the Koshkonong Solar Energy Center. If approved, MGE will own 30 megawatts (MW) of solar energy and 16.5 MW of battery storage from the facility located in the Towns of Christiana and Deerfield in Dane County.

“We are transforming our grid for the future in a number of different ways, one of which is growing our use of cost-effective, renewable generation to decarbonize our energy supply. The Koshkonong Solar Energy Center and other recently announced renewable projects will help us manage long-term costs to customers,” explained Jeff Keebler, MGE Chairman, President and CEO. “There is no fuel cost with solar and wind energy, and battery storage will help us manage costs and maintain our top-ranked electric reliability as we transition to greater use of renewables.”

MGE announced earlier this year plans to purchase the following:

Together, these projects are expected to help power more than 26,000 MGE households by the end of 2023.

MGE is on track to achieve carbon reductions of at least 65% by 2030. The addition of these four recently announced clean energy projects will help MGE to meet future energy and capacity needs cost-effectively as the company continues its ongoing transition away from coal-fired electricity with the planned retirement of the Columbia Energy Center in Portage by the end of 2024. These projects, if approved, are part of more than 350 MW of new renewable generation capacity announced since MGE introduced its Energy 2030 framework for a more sustainable future in November 2015.

If approved, the Koshkonong Solar Energy Center will be developed and constructed by Invenergy LLC. The approximately 4,600-acre project will include a 300-MW solar array and a 165-MW battery storage system near Cambridge in Dane County. It is expected to feature up to 730,000 solar panels. We Energies and WPS will own the remaining 270 MW of the output and 148.5 MW of battery storage from the project.

In May 2019, MGE announced its goal of net-zero carbon electricity by 2050, making it one of the first utilities in the nation to commit to net-zero carbon by mid-century. MGE’s net-zero goal is consistent with the latest climate science from the Intergovernmental Panel on Climate Change (IPCC) October 2018 Special Report on limiting global warming to 1.5 degrees Celsius.

To achieve deep decarbonization, MGE is growing its use of renewable energy, engaging customers around energy efficiency and working to electrify transportation, all of which are key strategies identified by the IPCC.