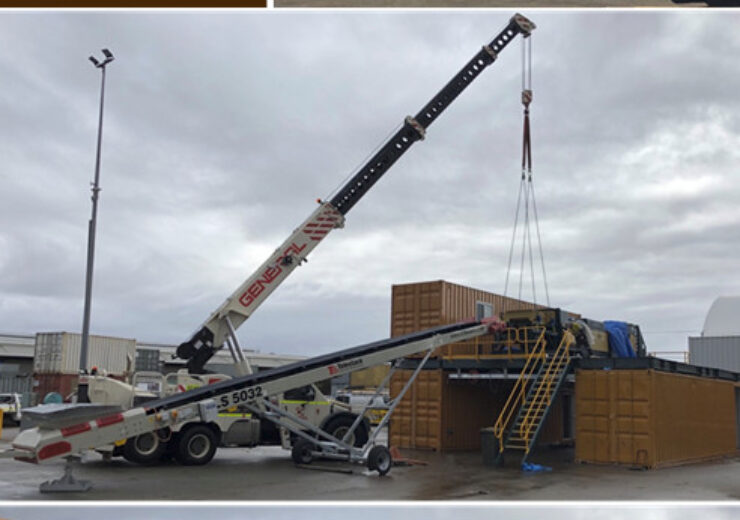 The Sorter is currently enroute to Nullagine and will be commissioned over the next few weeks. 50 samples from four different deposits across the Pilbara (Figure 1), ranging in size from 800 kg to approximately five tonnes, will be crushed and screened into three size fractions prior to testing through the Sorter. The bulk samples will be processed by the Sorter to produce a concentrate for gold assay.

Once this second phase of testing is complete, expected around Q2 2022, the next phase of the test work will involve relocating the Sorter to the Company’ Comet Well project in Karratha, Western Australia and commencing proposed large-scale bulk sample sorting testwork of 20,000 tonnes, leading to potential commercialization of mechanical sorting for Pilbara conglomerates.

The Sorter infrastructure, designed and constructed by OPS Screening and Crushing Equipment (“OPS”), is a fully modular and containerized turn-key plant deployable to any of Novo’s tenements in the future for testwork and potential large bulk sampling and processing (Figure 2). The Sorter includes feed and product transfer conveyors, allowing the Sorter to produce gold-bearing concentrates in a single pass for further upgrading or downstream processing. The Sorter has been preassembled and commissioned in Perth, WA and is now being disassembled and transported to the Golden Eagle processing facility. It is expected that following reassembly, the Phase 2 trials will commence in early December and are expected to run through Q2 2022.

This trial of the Sorter within the Golden Eagle processing facility area is a culmination of several years of test work conducted by Novo to determine the amenability of mechanical sorting to its 13,250 sq km of tenements across Western Australia. Mechanical sensor-based sorting utilizes x-ray technology, 3D colour laser, and metal induction to identify gold-bearing material. A high-pressure air jet ‘shoots’ these gold bearing particles into a collection system to produce a concentrate for further downstream processing.