McDermott International has bagged a contract from Lukoil NizhegorodNefteorgSyntez, a subsidiary of Lukoil, for the engineering, procurement and construction (EPC) of the Delayed Coker Unit for the Deep Conversion Complex proposed to be built in Kstovo, Russia. 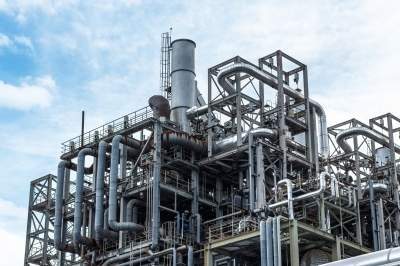 This award follows a 2016 award to Chevron Lummus Global (CLG), McDermott’s joint venture with Chevron, for its delayed coking technology, and highlights the significance of pull through opportunities that McDermott’s Lummus Technology business offers other parts of the organization.

In October 2017, McDermott was awarded a detailed engineering, procurement and long lead supply award contract for the project.

McDermott Europe, Africa, Russia and Caspian senior vice president Tareq Kawash said: “Our ability to provide integrated, end-to-end solutions, from our industry-leading refining technology to a highly efficient project delivery model, has been a deciding factor in securing this win.

“This is also significant for McDermott because it is the company’s first downstream EPC project in the Russian Federation.”

The contract will be reflected in McDermott’s third quarter 2018 backlog.

The delayed coking complex will be built at the 17 million-ton/year Kstovo refinery in central Russia’s Nizhny Novgorod region. In addition to the delayed coker, the complex will include a diesel hydrotreater, gas fractionation unit, sulfur and hydrogen production units, and associated systems.

Alongside other planned optimization projects, the 2.1 million-tons/year delayed coking complex will improve the refinery’s light product yield by more than 10 percent while reducing the fuel oil production by 2.7 million tons per year. The complex is scheduled for startup in 2021.

LUKOIL is one of the largest publicly traded, vertically integrated oil and gas companies in the world accounting for more than two percent of the world’s oil production and around one percent of the proven hydrocarbon reserves.