Maxtech Ventures, a Canadian junior exploration company, has revealed its plans to acquire 100% stake in certain vanadium mineral claims in Emery County in the US state of Utah. 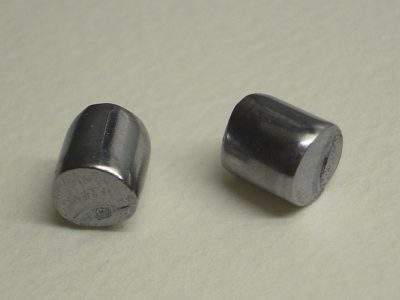 In this regard, Maxtech Ventures has signed a letter of intent for the option to acquire the stake in the vanadium mineral claims in the Temple Mountain district.

The optioned area is located just north of the Utah State Park of Goblin Valley.

Mining in the Temple Mountain district for vanadium and uranium started in 1914, sixteen years after an initial discovery made in 1898. Artisan mining activities in the district took place between 1922 and 1978.

As per the Temple Mountain 43-101 report, there are 52 contiguous lode mining claims staked spread across a total of nearly 435 hectares.

The entire vanadium mineral claims that are likely to be acquired by Maxtech Ventures have a maximum north-south extension of nearly 3.2km and a maximum east-west extension of around 1.8km.

Maxtech Ventures CEO Peter Wilson said: “Demand for vanadium as a strategic metal has exploded as price surges hit recent highs from approximately $9.00 per pound last year to about $22.63 per pound supported by a high global demand.  As a result, mining companies are returning to explore for vanadium with vigor.”

Maxtech Ventures is focused on assembling and acquiring mineral assets across the world with an objective to become a low-cost supplier of manganese and vanadium to agricultural, industrial and technology sectors.

Last month, the junior exploration company signed an option agreement with Zimtu Capital and Soraya Jamal to acquire a 100% stake in their Lac Patu Vanadium Project in Nunavik Region in the Canadian province Quebec.

The Lac Patu Vanadium Project is made up of 72 mineral titles spread across an area of 3,420 hectares.

Recently, Maxtech Ventures entered into an alliance with mining consulting firm GeoXplor to focus on identify vanadium claims across North America. The Canadian junior exploration company had also formed a vanadium-focused subsidiary that will operate independently of its manganese projects.