Matsa Resources has agreed to sell its stake in Killaloe nickel project to Liontown Resources, located 35km northeast of Norseman in Western Australia. 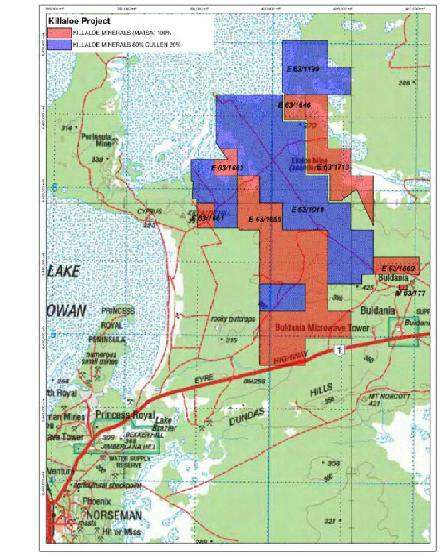 The agreement covers the sale of all tenements held 100% by the Company and its 80% interest in two other tenements held in joint venture with Cullen Resources Limited (“Cullen”).

The consideration for the sale of the project is:

(i) Tranche 1 – 10 million fully paid ordinary shares for all the Killaloe tenements other than in respect of the tenements held in joint venture with Cullen; and

Settlement of the transaction is subject to Liontown completing its legal due diligence within 14 days and obtaining any consents or approvals from the Minister which are necessary for the transfer of the tenements.

Matsa Resources executive chairman Paul Poli said: “With the Company’s upcoming production at Red Dog and exploration at Red October and Fortitude, the sale of the Killaloe Project to Liontown allows Matsa to focus on its significant landholding within the Lake Carey project.

“Matsa retains exposure to Killaloe via its shareholding in Liontown and allows Liontown to build on its nearby Buldania lithium project.”

Matsa holds an 80% interest in E63/1018 and E63/1199 with Cullen and the sale of those tenements is subject to and conditional on Cullen not exercising its pre-emptive right under the joint venture to acquire Matsa’s interest.

Should Cullen exercise it pre-emptive right then Matsa would not receive Tranche 2 but would sell their interest to Cullen for an equivalent value.