Major state-owned oil and gas companies in the world

The global oil and gas industry is dominated by state-owned companies of various countries to a significant extent. The enterprises controlled by national governments currently occupy a major share in the world’s total oil and gas production. 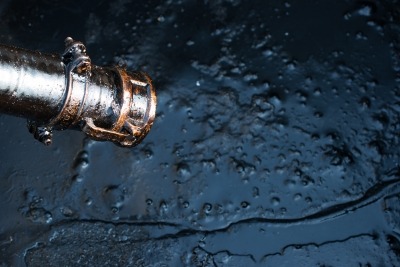 Image: A majority of oil and gas companies in the Middle East are owned by their national governments. Photo courtesy of anankkml/FreeDigitalPhotos.net.

Here is the list of world’s biggest state-owned oil and gas companies:

Headquartered in Dhahran, Saudi Arabia, Saudi Aramco is engaged in exploration, production, refining, distribution and marketing of oil and gas. It is the world’s largest oil and gas producer. The company operates the Kingdom’s proved reserves of 332.9 billion barrels of oil equivalent.

In addition, it operates the Ghawar and the Safaniya fields, which are regarded as the world’s largest onshore and offshore fields, respectively. Internationally, the company has a presence in the three major global energy markets of Asia, North America, and Europe. In 2017, Saudi Aramco earned a revenue of $465.4bn.

It is a state-owned oil and gas company in China. The Beijing-based company’s activities include oil and gas exploration, refining and production and sales of petrochemicals, among others.  It derives a significant part of its oil and gas production from domestic fields. Sinopec claims to hold major new discoveries in the Xinjiang Tahe Basin, the Beibu Gulf in Guangxi and the Yin-E Basin in Neimongol. It earned a revenue of $448bn in 2017.

CNPC is also a Chinese state-owned international energy company. The company claims to have a presence in 37 countries in Africa, Central Asia-Russia, America, the Middle East, Asia Pacific, and other regions. According to the company’s website, its crude oil production occupies a share of more than 50% in China’s total output. The company in also involved in providing oilfield services.  In 2017, it recorded a revenue of $428.6

Founded in 1980, it is a Kuwait’s national oil company with activities focused on petroleum exploration, production, petrochemicals, refining, marketing, and transportation. The company was formed as an umbrella organisation to manage Kuwait’s diversified oil interests. Some of its subsidiaries include Kuwait Integrated Petroleum Industries Company, Kuwait Oil Company and Kuwait National Petroleum Company.  The firm posted a revenue of $251.9bn for 2017.

It is the Venezuelan state-owned oil and natural gas company. It is involved in exploration, production, refining and exporting of oil as well as exploration and production of natural gas. The company earned a revenue of $128.4bn

In October 2018, the company announced the discovery of seven oil reservoirs in two new wells in the shallow waters of the Southeast Basin, Mexico. The new discoveries were expected to allow the company to incorporate more than 180 million barrels of oil equivalent (MMBOE) of 3P reserves. The company’s revenue was $117.5bn in 2017.

Headquartered in Tehran, the National Iranian Oil Company (NIOC) is an Iranian government-owned oil and natural gas producer. According to the company’s website, it holds reserves of 156.53 billion barrels of liquid hydrocarbons and 33.79 trillion cubic meters of natural gas.

The company manages the development and production of all natural gas resources in the country. The major gas fields managed by the company include South Pars, North Pars, Kish and Kangan. The South Pars/North Field, the world’s biggest natural gas field located in the Persian Gulf. Iran shares the gas field with Qatar.

Petronas is a state-owned Malaysian oil and gas company with a presence in 35 countries. The company is involved in a range of petroleum activities that include exploration and production of oil and gas; oil refining; marketing and distribution of petroleum products; gas processing and liquefaction; and operation of gas transmission pipeline network.

The $27bn Pengerang Integrated Petroleum Complex (PIPC) is a major downstream project being undertaken by the Malaysian national oil company. The project includes the 300,000 barrels per day (bpd) Refinery and Petrochemical Integrated Development (RAPID) project and other associated facilities. In 2017, its revenue stood at $100.7bn.