The output generated by the wind project will be enough to supply electricity to 186,937 Chilean homes while offsetting 177,996 tonnes of CO2 emissions annually 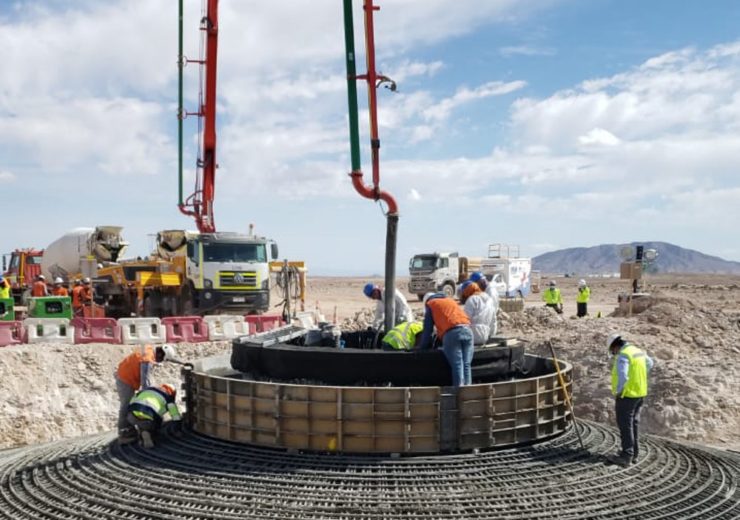 Spanish contractor Sacyr is in charge of the civil works and its team has already completed the first of 35 turbine bases at the wind farm.

Once operational in 2021, the power generated by the wind project will be enough to supply electricity to 186,937 Chilean homes while offsetting 177,996 tonnes of CO2 emissions annually.

Mainstream Renewable Power said: “The reinforced structure, which took 11 hours to pour, will eventually support a 454-tonne tower that soars 90 metres over this northern desert region of Antofagasta.”

Tchamma wind farm is a part of the 571MW Condor portfolio

The Tchamma wind farm is a part of the 571MW Condor portfolio, which includes the 86MW Alena and the 185MW Cerro Tigre wind parks that are currently being constructed.

The four projects together form the first phase of the 1.3GW Andes Renovables platform, which is wholly owned and fully contracted by Mainstream.

Mainstream added: “In April, the country became the first in Latin America to propose new CO2 cuts to meet the climate action goals of the Paris Agreement, pledging to peak CO2 emissions in 2025 and achieve carbon neutrality by 2050.”

Recently, the firm has started construction on the transmission lines for the second phase of its 1.3GW Andes Renovables wind and solar power generation platform in Chile.

The company has signed agreements with Siemens, Transelec, Inprolec and Isotron for the construction of 126.8km of transmission lines, which will link its Huemul portfolio of five wind and solar projects to Chile’s national grid.