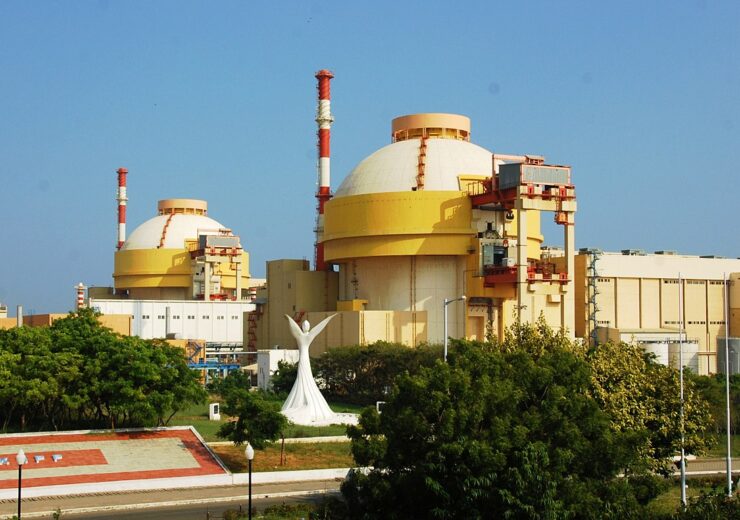 Units 1 and 2 at the Kudankulam Nuclear Power Plant are operational. (Credit: Reetesh Chaurasia/Wikipedia.org)

Larsen & Toubro (L&T) announced that its construction arm has secured a contract from Nuclear Power Corporation of India (NPCIL) for the third stage of the 6GW Kudankulam nuclear power project in the Southern Indian state of Tamil Nadu.

The company’s heavy civil infrastructure unit will be responsible for executing the main plant civil works of Kudankulam units 5 and 6. The two units will have a capacity of 1GW each.

Though L&T did not disclose the exact contract value, the company indicated it to be in the range of INR10bn ($140m) and INR25bn ($340m). The contract will have a duration of 64 months.

The company is already involved in the Kudankulam power plant, where it is executing similar works at units 3 and 4.

In August 2017, Russia’s Atomstroyexport and NPCIL signed contracts to advance development of unit 5 and 6. It was reported in June 2017 that the two units would cost INR500bn ($6.89bn).

The nuclear power station is located in Koodankulam in the Tirunelveli district.

As of now, two units of the nuclear power plant are operating. Unit 2 was commissioned in October 2016, while unit 1 began power generation in 2013.

All the six units of the Kudankulam nuclear power project, which will all be Russian VVER-1000 reactors, are of 1GW capacity. It is also the first and only Indian nuclear power plant to use pressurised water reactor (PWR) technology.

In June 2019, Bharat Heavy Electricals (BHEL) secured a £50m ($63m) contract for erecting the turbine generator islands for units three and four of the plant.