Antofagasta said that its subsidiary Antofagasta Minerals has completed 100% financing of the $1.3bn expansion of the Los Pelambres copper mine in Chile. 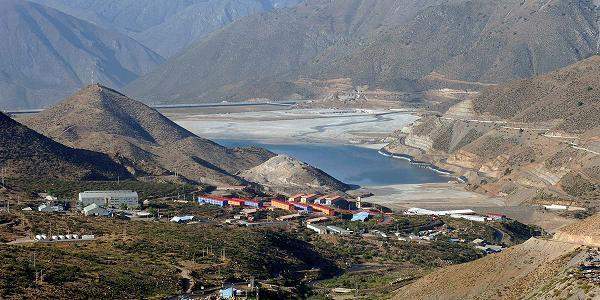 Expansion of the Los Pelambres copper mine is being taken up to draw 60,000 tons of additional low-cost copper per annum.

The full project cost will be debt financed by Los Pelambres, the holding company of the Chilean copper mine.

According to Antofagasta, the debt financing comprises two tranches with the first being a $425m tranche with a 10-year term from Japan Bank for International Cooperation (JBIC). The second tranche is $875m with 7-year term from a group of global banks that include Mizuho Bank, Export Development Canada, Scotiabank, Sumitomo Mitsui Banking and Bank of China.

Antofagasta CEO Ivan Arriagada said: “I am pleased the expansion of Los Pelambres has been financed on favourable terms with the support of a strong group of lenders. This demonstrates the significant financing capacity of the Group and will enhance the already strong returns of the project.”

Located in Coquimbo region, 240km north-east of Santiago, the Los Pelambres copper mine produces copper concentrate and molybdenum concentrate through a milling and flotation process. The sulphide deposit is owned 60% by Antofagasta while the remaining 40% stake is owned by consortiums led by JX Nippon and Mitsubishi.

Antofagasta expects the expansion project of the Los Pelambres copper mine to help ramp up copper production from 40,000 tons in the first year to 70,000 tons towards the end of a 15-year period.

The Chilean copper mine is expected to average close to 60,000 tons over its full period production.

The Los Pelambres copper mine expansion project will also involve construction of a 400l/s reverse-osmosis (RO) desalination plant and a water pipeline with an estimated investment of around $500m. The desalination plant is expected to play the role of a back-up water supply source during extreme dry conditions and also help in further growth phase.