Lightsource BP has closed the financing for the 260MW Impact Solar project to be located in Lamar County, Texas 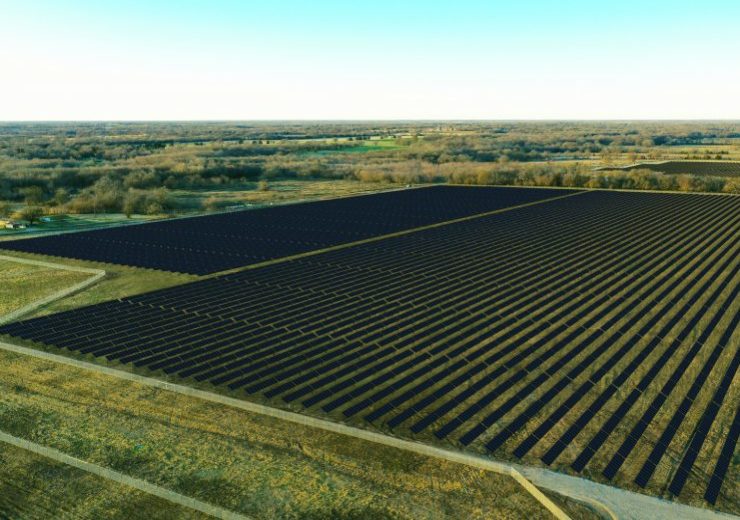 Renewable energy developer Lightsource BP announced that it has secured a $250m financing package for the development of its 260MW Impact Solar project to be located in Lamar County, 120 miles northeast of Dallas, Texas.

The solar developer and its project investors will provide financing for the construction of the project. The financing includes a senior debt facility provided by HSBC Bank USA (HSBC) and National Westminster Bank (NatWest). Tax equity financing was secured from Bank of America.

The solar project is expected to create nearly 300 jobs during the construction, operations, maintenance and asset management phases.

Additionally, the project would generate enough clean energy to power more than 34,000 typical Texan homes, while offsetting nearly 268,675 metric tons of greenhouse gas emissions, which is equivalent of taking away 57,000 fuel-burning cars off the road.

Lightsource BP Americas CEO Kevin Smith said: “At Lightsource BP we’re on a mission to rapidly accelerate the growth in renewable energy, while maximizing the environmental and local community benefits of each of our solar projects.

“We’re looking forward to working with our partners, suppliers and the community in Lamar County to bring this responsible solar approach to our project in Texas.”

Construction has already started on the project, which is expected to begin commercial operations by the end of this year.

Swinerton Renewable Energy has been given the responsibility of the solar project’s construction.

Lightsource BP said that the power generated from the solar project will be sold under a long-term agreement with BP.

“We see an exciting future from the increase in competitive renewable energy in the U.S. power markets, and opportunities to integrate this with trading and customer capabilities.”