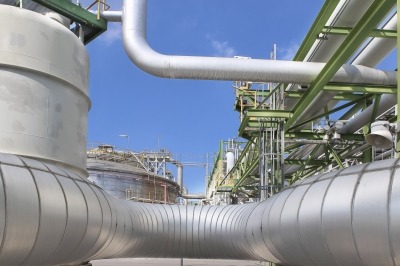 Image: The LNG project is being developed by Lake Charles LNG Export, a subsidiary of Energy Transfer. Photo courtesy of supakitmod/FreeDigitalPhotos.net.

The Lake Charles LNG export project, which will have liquefaction capacity of 16.45 million tons per annum, is a 50:50 venture between the two parties.

Subject to its approval, the project calls for the conversion of Energy Transfer’s existing Lake Charles LNG import and regasification terminal to an LNG export facility.

Energy Transfer and Shell have also started to engage actively with LNG engineering, procurement and contracting (EPC) firms with a plan to issue an invitation to tender (ITT) in the coming weeks.

The Lake Charles LNG export project secured its construction permit from the US Federal Energy Regulatory Commission (FERC) in 2015 and also has permits from the Department of Energy (DOE) to export LNG to Free-Trade-Agreement (FTA) and also Non-FTA countries.

The PFA includes the commercial terms under which the partners will work towards executing the project. Shell will be the project lead prior to the partners taking an FID, and if sanctioned, will be the construction manager and operator of the LNG export facility.

Energy Transfer will be both the site manager and project coordinator before the FID is reached.

The decision to make an affirmative FID to move ahead with construction of the LNG project will be subject to the partners’ assessment of the results of the EPC bidding process, overall project competitiveness and global LNG market conditions at the time of taking the decision.

The LNG project is being developed by Lake Charles LNG Export, a subsidiary of Energy Transfer.

Lake Charles LNG president Tom Mason said: “We are pleased to be moving forward with Shell in progressing this major LNG export project.

“We believe the combination of our assets and Shell’s LNG experience will create a platform for exporting natural gas from the U.S. Gulf Coast to the global marketplace that is unmatched.”

The Lake Charles LNG export project, if approved, is likely to generate up to 5,000 jobs during construction stage followed by 200 full-time positions once it is fully operational.

Shell Lake Charles LNG vice president Frederic Phipps said: “Lake Charles presents a material, competitive liquefaction project with the potential to provide Shell with an operated LNG export position on the U.S. Gulf Coast by the time global supply is expected to tighten in the mid-2020’s.

“Our partnership with Energy Transfer plays to our respective strengths. Together, we are expertly positioned to advance a project that could provide customers in Asia, Europe and the Americas with cleaner, reliable energy for decades to come.”