A Loan Agreement was signed in the city of Paramaribo between the Republic of Suriname and Kuwait Fund for Arab Economic Development, whereby Kuwait Fund will make a loan of KWD5 million ($17m) to assist in financing the Expansion of Power Generation, Transmission and Distribution Networks Project. 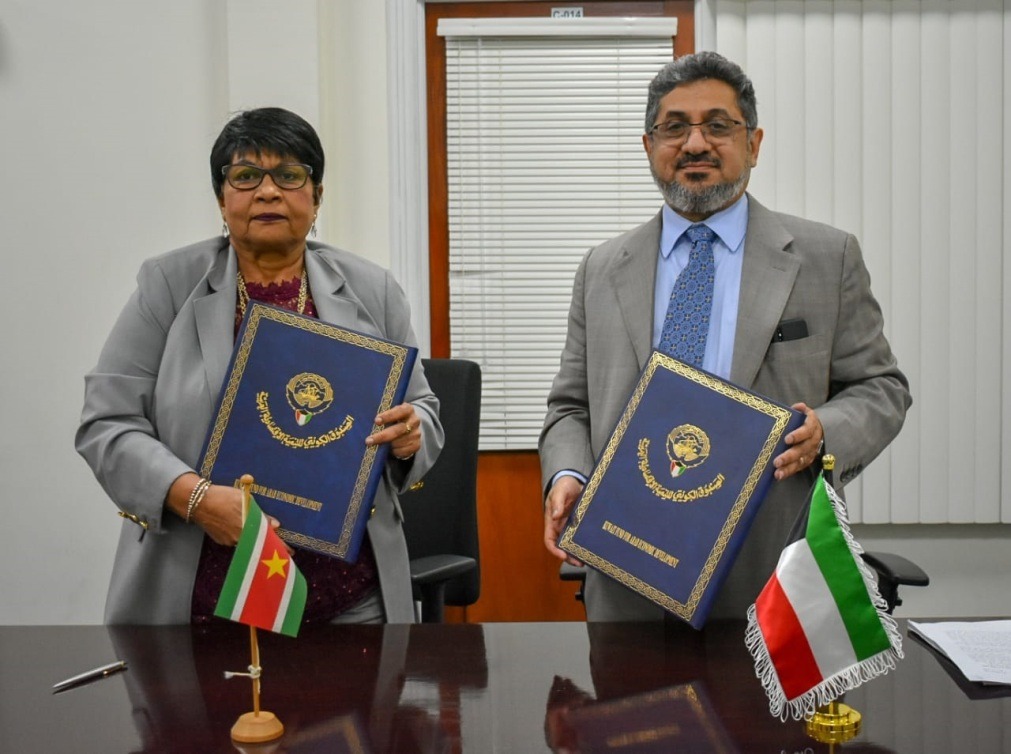 A Project Administration Agreement relating to the Project was also signed between the Suriname National Electricity Company (EBS) and Kuwait Fund. It is worth mentioning that the Fund is a Kuwaiti public corporation, which relies entirely on its own resources for making loans and providing other kinds of development assistance.

The project aims at increasing the welfare and improving the living conditions of the population of Suriname and also improving the competitiveness of the domestic producers and exporters. This will be achieved by expanding and upgrading power generation, transmission and distribution of the power systems to meet growing demands for electricity.

The term of Kuwait Fund Loan is 20 years, including a grace period of 4 years. The Loan is to be amortized in 32 semi-annual installments, the first of which will be due on the first date on which interest or other charges on the loan will be due, in accordance with the Loan Agreement, after the expiry of the above-mentioned grace period.  The Loan bears interest at the rate of 2.5% per annum in addition to a service charge of 0.5% per annum for meeting administrative costs and the expenses of implementing the Loan Agreement.

It is worth mentioning that by extending this loan, the Fund and the Republic of Suriname mark the start of their development cooperation.