Kibaran Resources announced that it has signed a new agreement with German KfW IPEX-Bank for debt funding of the Epanko Graphite Project. 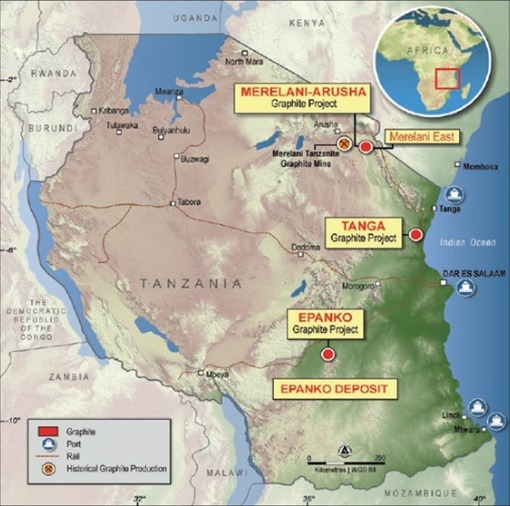 The agreement reappoints KfW IPEX-Bank to arrange senior debt funding for the Epanko Graphite Project in  Tanzania  (“Epanko”  or  the  “Project”)  after  a  hiatus  of  18  months,  during  which  many discussions  have  been  held with  the  Tanzanian  Ministry  of  Minerals,  Mining  Commission  and  the  Bank of Tanzania concerning the regulatory changes introduced in July 2017 that have impacted on mineral project debt financings in the country, and is a reflection of the improved investment outlook in Tanzania.

As recently reported (refer ASX announcement Tanzania and Germany to Forge Closer Economic Relationshipon  26  March  2019)  the mining investment  climate  in  Tanzania  continues  to  improve  and there is increasing confidence among international banks that the remaining regulatory aspects impeding new mine financing arrangements will be satisfactorily resolved.

Epanko is  development ready with the Company having invested over $35 million to date in order to prepare the Project for construction and operation, including:

Completion of  a bankable feasibility study;

The Project is forecast to make a substantial positive impact on the Tanzanian economy, with key benefits that include:

US$850  million  in  direct  financial  contributions  over  the  first  20  years  of  operation  through procurement,   employment,   royalties,   taxes,   fees   and   dividends,   generating   an   estimated   additional US$2.5 billion in indirect GDP within Tanzania;

Positive discussions with the Tanzanian Government are continuing and following the recent Barrick Gold  Corporation  announcement  foreshadowing  a  resolution  to  the  Acacia  Mining  dispute all stakeholders  recognise  the  importance  of  moving  quickly fo rward  to  encourage new  mineral  investment in Tanzania.