The Kakula Mine is being developed on the eastern portion of the Kakula Deposit ─ representing less than half of the overall 13.3km deposit 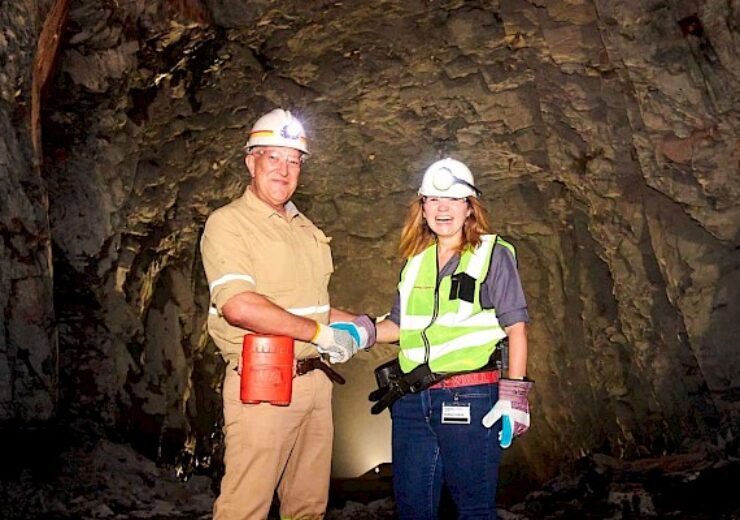 Ivanhoe Mines Co-Chairs Robert Friedland and Yufeng “Miles” Sun today announced a major milestone in the development of the tier one Kamoa-Kakula Copper Project in the Democratic Republic of Congo (DRC), with the initial joining of the main northern and southern access tunnels at the Kakula Copper Mine ─ the first of multiple, high grade, underground copper mines to be developed on the project’s 400-square-kilometre mining licence.

The Kakula Mine is being developed on the eastern portion of the Kakula Deposit ─ representing less than half of the overall 13.3-kilometre-long (8.3-miles) deposit. The main access tunnels (drives) between the northern and southern declines at the Kakula Mine were connected (holed) in the high-grade core of the deposit, where the average grade is projected to exceed 8% copper.

“Now that we have initiated development of Kakula’s first two high-grade ore blocks, it is important to note that these two areas alone contain more than 700,000 tonnes of in-situ copper, and approximately 600,000 tonnes of recoverable copper,” said Mr. Friedland. “With copper trading at approximately US$7,000 a tonne, the saleable value of the copper concentrate produced from these initial two blocks exceeds the estimated capital cost to develop both the first and second phases of production at Kamoa-Kakula. This is the true definition of a tier one mine.”

“The tunneling work completed to join Kakula’s northern and southern declines is comparable to driving a major tunnel ─ large enough to drive city buses through ─ from the east side to the west side of the island of Manhattan in New York,” Mr. Friedland added.

“The holing is a major achievement and milestone for the project team and our underground mining crews. It opens up the mine’s footprint for ventilation and, more importantly, marks our entry into high-grade ore from both sides of the deposit,” said Mark Farren, Kamoa Copper’s CEO.

“We have moved quickly to open up these high-grade reserves at the core of the Kakula Deposit. We now will complete the ledging work and prepare the drift-and-fill mining areas for production so that we can feed the concentrator plant with high-grade ore directly from underground when the plant starts operations in July 2021.”

“The holing was spot on and we are very pleased with the result. Ventilation has always been a key factor in determining how many underground mining crews can work at the same time. Air now is flowing freely between the northern and southern declines – a distance of more than four kilometres – allowing us to add additional mining crews in the high-grade drift-and-fill blocks as we require them. Each block in the central portions contains up to seven million tonnes of high-grade ore,” Mr. Farren added.

JSHG acquires The Champion Gold Mine