Ivanhoe starts copper production at Kamoa-Kakula mine in DRC

The mine is estimated to produce 200,000 tonnes of copper per year in the first phase 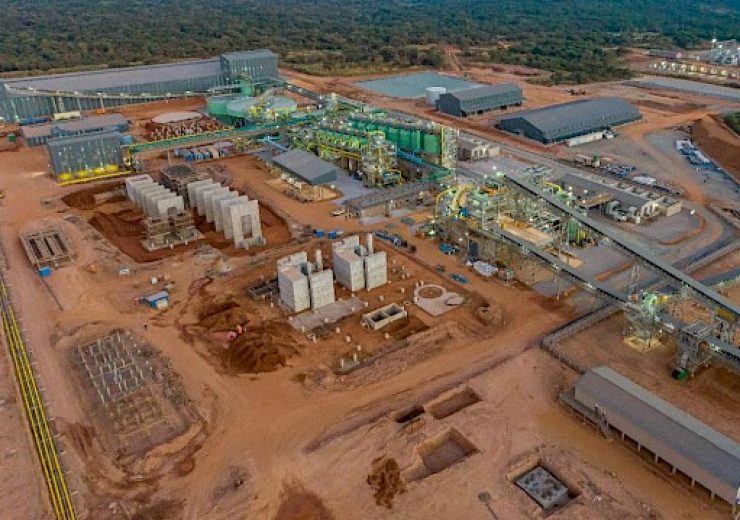 Canadian miner Ivanhoe Mines has announced the start of production of copper concentrate from the Kamoa-Kakula mine in the Democratic Republic of Congo (DRC).

Production at the mine commenced after the introduction of first ore into the concentrator plant recently. It was carried out to implement initial hot commissioning tests on the ball mills and other processing equipment.

Located in the Kolwezi District of Lualaba, the Kamoa-Kakula mine will have initial mining rate of 3.8 million tonne per annum (Mtpa) under the first phase development. It is planned to be ramped up to 7.6Mtpa in the third quarter 2022.

Under the first phase, the mine is estimated to produce 200,000 tonnes of copper per year.

Upon completion of the second phase development, Kamoa-Kakula is expected to have a total production capacity of 400,000 tonnes of copper per year.

The Democratic Republic of the Congo President Félix Tshisekedi said: “The start of production of copper concentrate at the Kamoa-Kakula Mine indicates that the DRC is open for business and investment. We congratulate Ivanhoe Mines for having reached this milestone on this world-class discovery.”

The Kamoa-Kakula copper project is a joint venture between Ivanhoe Mines, Zijin Mining Group, Crystal River Global and the Government of the DRC.

Ivanhoe Mines and Zijin Mining Group own a stake of 39.6% each in the project, while the DRC government holds 20%.

Ivanhoe Mines stated the production has been started following 24 years of exploration and development efforts on the Kamoa-Kakula discovery.

Through phased expansions, the mine is expected to become one of the world’s largest copper producers.

Ivanhoe and its partner Zijin are looking at ways to speed up the Kamoa-Kakula phase 3 concentrator expansion from 7.6Mtpa to 11.4Mtpa, taking into the current copper price environment.

Ivanhoe director and Zijin Mining chairman Jinghe Chen said: “As a joint-venture partner and a shareholder of Ivanhoe Mines, Zijin Mining is tremendously proud to showcase the fruition of this exceptionally successful partnership with Ivanhoe in bringing Phase 1 of Kamoa-Kakula into production ahead of time, while overcoming the significant challenges presented by an unprecedented global pandemic.

“It truly has required a global band of dedicated and exceptional talents that consist of the 7,000 workers onsite, and most importantly, the unwavering support from all our stakeholders, to make this important milestone a reality.”