IRENA partners with ASEAN to scale up renewable energy

The International Renewable Energy Agency (IRENA) signed an agreement with the Association of Southeast Asian Nations (ASEAN) to form a new partnership aimed at increasing renewable energy deployment and to advance the transition to a sustainable energy future. 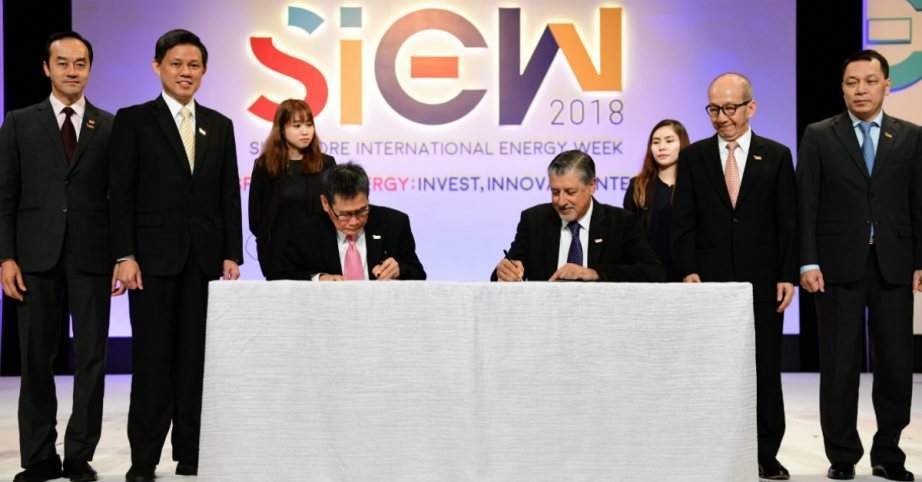 The memorandum of understanding (MoU) was signed by IRENA director-General Adnan Z. Amin and the Secretary-General of ASEAN, Dato Lim Jock Hoi, on the sidelines of the 36th ASEAN Ministers on Energy (AMEM) and the Singapore International Energy Week (SIEW), in the presence of regional ministers.

Under the agreement, IRENA and ASEAN will work closely to strengthen the enabling environment for renewable energy investment and deployment as ASEAN pursues an aspirational target of 23% of primary energy from renewables by 2025. Based on IRENA analysis, achieving the target will require an estimated annual investment of $27bn, equivalent to one per cent of regional GDP, for the next eight years – a tenfold increase on 2016 investment volumes.

“Renewables will be the key to addressing this growing demand and ensuring energy security, while powering the inclusive and sustainable economic development of the region.

Amin continued saying: “This partnership brings political will and technical knowledge together to unlock the vast potential that exists in Southeast Asia to harness renewable energy and deliver widespread benefits to communities in all ten member states.

“IRENA will work closely with ASEAN to implement a joint action plan that ensures Southeast Asia continues its remarkable economic story in a new age of energy.”

Accelerating the deployment of renewable energy offers enormous socio-economic benefits to the region, including the development of new value chains, job creation and improved livelihoods. In Southeast Asia, employment in the renewable energy sector currently stands at around 600,000. A scale-up of renewables in the region has the potential to create well over two million jobs by 2030.

ASEAN secretary-general Dato Lim Jock Hoi said: “Transitioning our energy systems to renewable energy and supporting sustainable development are top priorities for ASEAN member states and for the people of our nations.

“This agreement represents an extension of the close relationship between ASEAN and IRENA, allowing our member states to not only learn from one another, but benefit from global best practice in the implementation of sound and successful renewable energy policies.

“This will help ASEAN Member States transition to low carbon growth and contribute to the attainment of sustainable development.”

The partnership will see IRENA and ASEAN Energy Ministers work closely across a number of key implementation focus areas, including:

Energy planning in the context of integration of high-shares of renewables to the ASEAN energy mix.

Assessments and roadmaps for accelerated renewable energy deployment, including updates to the ASEAN Renewable Energy Outlook.

Promote knowledge sharing among regional policy makers to implement enabling renewable energy policy and regulatory frameworks to capitalise on the social and economic benefits of scaled up RE deployment.

Build capacity of policy makers, regulators, utilities and other key stakeholders in the region on various renewable energy topics through training and workshops.

IRENA has worked closely with the ASEAN Centre for Energy (ACE) and ASEAN to find ways to accelerate renewable energy deployment across the region. An IRENA and ACE Renewable Energy Outlook for ASEAN report, released in 2016, shows that ASEAN’s renewables target is attainable. The report found that renewable energy in the region can bring lower overall costs, contribute to cleaner cities, and support a more secure and robust energy supply.

The report also found that around half of the region’s renewable energy potential lies in power generation, especially in solar PV that could grow from two to almost 60GW. Furthermore, the region’s vast biomass endowment can progress end-use sectors, such as transport, buildings and industry and bring savings of up to $40bn by 2025 from reduced fossil fuels expenditure.