The 1,000km pipeline will carry the oil from Goureh on the southwestern shores of the country to the port of Jask 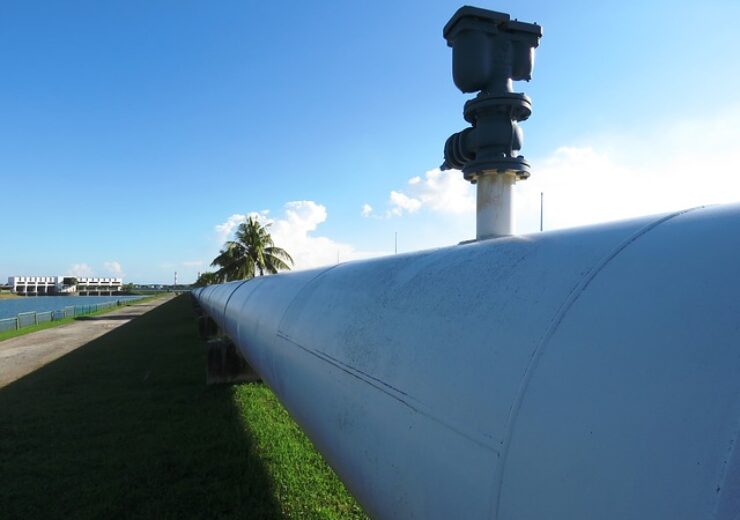 The Iranian President Hassan Rouhani has opened a $2bn onshore pipeline that enables the export of crude oil bypassing the Strait of Hormuz.

The 1,000km crude oil pipeline will carry the oil produced at the facilities in Goureh on the southwestern shores to the port of Jask in southeast Iran.

Construction on the project was started two years ago to detour the strategic Hormuz Strait that has been an important route for oil exports.

In the first phase, the new oil pipeline is planned export 300,000 barrels per day (bpd) of crude, with plans to expand to a capacity of one million bpd, once fully ready in October, reported the official IRNA news agency.

The new pipeline plays an important role in Iranian oil industry, as the country commences the export of crude oil from the Makran region, said Iranian Oil Minister Bijan Zanganeh.

According to the minister, the construction of the project will create employment for 10,000 people, and ensures economic development in the Makran region.

Karbasian was quoted by the news agency saying: “Production of transmission valves, electric pumps, laying a thousand kilometers of pipeline along with the construction of storage tanks, terminals and the single point mooring (SPM) in Jask port using domestic capacities shows the national determination for completing this great and strategic project.”

The Asmari reservoir is estimated to yield crude oil in the range of 6,000 barrels per day (bpd) and 10,000bpd, reported Shana, an Iranian oil ministry news service.