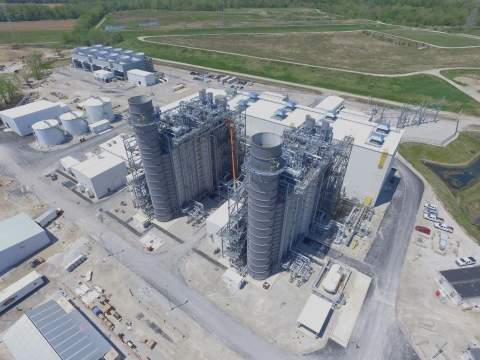 Constructed with an investment of about $600m, the Eagle Valley Generating Station, which features GE’s 7FA.05 series gas turbines, produces enough electricity to cover the power consumed by 370,000 households.

The new gas-fired power plant began commercial operations in May and had replaced the Eagle Valley coal plant, which was retired by IPL in 2015.

IPL president and CEO Craig Jackson said: “IPL is committed to developing and implementing energy solutions that balance affordability for our customers and the impact on the environment.

“This natural gas plant has enabled IPL to significantly reduce its dependence on coal while still delivering safe, reliable, and sustainable energy for our customers.”

IPL, which is a subsidiary of AES, claims the new Eagle Valley Generating Station to be among the cleanest power plants ever to be constructed.

It is almost twice as efficient as the retired thermal power plant, said the company. Further, the new gas-fired power plant will cut down the rate of key emissions by 98% compared to the coal and oil-fired units it replaced.

The Eagle Valley power plant is also expected to see a significant reduction in water usage and wastewater generation.

“We’re excited to join AES and IPL in celebrating its new state-of-the-art natural gas power plant in Martinsville and are grateful for their continued commitment to the community and throughout the state of Indiana.”

The Eagle Valley Generating Station is supplied with natural gas from the interstate Texas Gas Transmission and Rockies Express natural gas pipelines, which offer it low-cost fuel from some of the major natural-gas producing basins in the US.

It was in 2014 that IPL had secured approval from the Indiana Utility Regulatory Commission (IURC) to move ahead with the CCGT power plant and also for a $36m project to convert Units 5 and 6 at the Harding Street Generation Station from coal to natural gas.