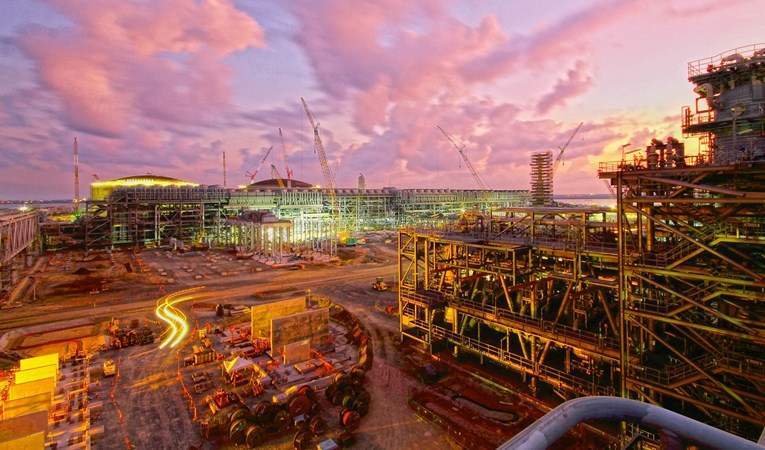 The Ichthys LNG project involves development of the Ichthys offshore gas and condensate field in water depths of 260m and 889km gas pipeline.

It also includes an onshore LNG plant near Darwin in the Northern Territory which comprises two LNG trains and facilities designed for the extraction and the export of LPGs and condensate.

The onshore LNG plant will have capacity to produce 8.9 million tons of LNG per year, approximately 1.65 million tons of liquefied petroleum gas (LPG) per year as well as an additional 15,000 barrels of condensate a day.

The project’s offshore facilities include a subsea well development which is connected to a central processing facility (CPF) for gas treatment and a floating processing, storage and offloading (FPSO) vessel for condensate.

Total exploration & production president Arnaud Breuillac said: “The start-up of production on Ichthys is a major achievement. Ichthys will be an important addition to Total’s portfolio in the fast growing LNG market and will also contribute to the Group’s production and cash flow growth in the coming years.”

The gas produced from the field is initially gathered within the CPF where it will be separated into gases and liquids.

The resulting liquids will be supplied through pipes to the nearby FPSO facility whereas the gases will be transported to the onshore gas liquefaction plant via the 890km Gas Export Pipeline (GEP).

Inpex said it plans to commence products shipments by the end of September this year.

The firm said in a statement: “Inpex will continue to work toward the success of the Ichthys LNG Project with the understanding and cooperation of all its stakeholders, including the project’s joint venture partners, the local communities, the Australian federal government and the governments of Western Australia and the Northern Territory.”