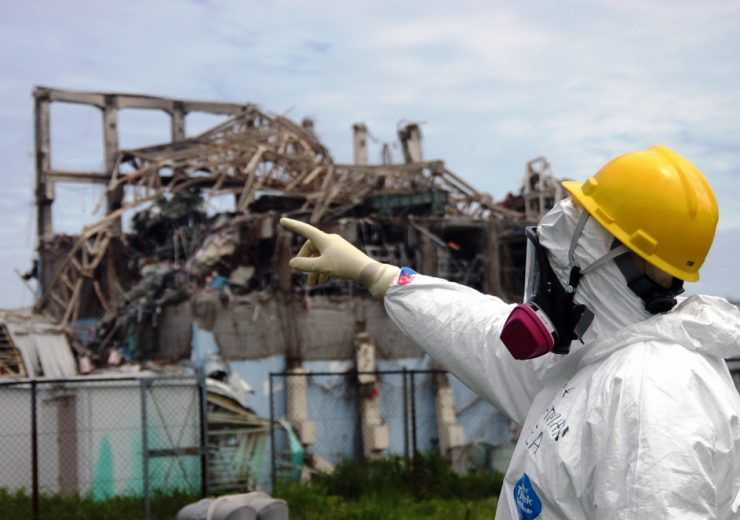 The International Atomic Energy Agency (IAEA) said it is ready to support Japan as the country plans the disposal of more than one million tonnes of contaminated water stored at the destroyed Fukushima Daiichi nuclear power station.

Earlier today (13 April), Japanese Prime Minister Yoshihide Suga confirmed the intent to release the water – collected at the site since the 2011 nuclear disaster – into the Pacific Ocean, saying the disposal is “an unavoidable task” in the decommissioning process of the facility.

First disposals are expected to begin in two years, giving plant operator Tokyo Electric Power (Tepco) time to treat the wastewater ready for disposal. The entire programme is expected to take a number of decades.

A filtration process will be able to significantly dilute most of the radioactive material in the water, although there is no way to fully remove traces of tritium, a rare and radioactive isotope of hydrogen.

The IAEA, which is being consulted by the Japanese government on the disposal process, said the plans are “both technically feasible and in line with international practice”, adding that controlled water discharges into the sea are routinely used by other nuclear power plants.

It admitted, however, that the large amount of water stored at Fukushima “makes it a unique and complex case”.

IAEA director general Rafael Mariano Grossi added: “Today’s decision by the government of Japan is a milestone that will help pave the way for continued progress in the decommissioning of the Fukushima Daiichi nuclear power plant.

“Tanks with the water occupy large areas of the site, and water management, including the disposal of the treated water in a safe and transparent manner involving all stakeholders, is of key importance for the sustainability of these decommissioning activities.”

At significant cost, huge volumes of radioactive wastewater have been accumulated at the Fukushima plant since an earthquake and tsunami hit the power station ten years ago, causing the catastrophic failure of three reactors and widespread contamination of the surrounding area.

Around 1.3 million tonnes of water – used for cooling the Fukushima reactors following the incident, as well as accumulations of rain and groundwater – have built up at the site for years, and have so far been collected and stored by Tepco in more than 1,000 on-site storage tanks, although space is fast running out.

The destroyed facility was placed in an exclusion zone, and its safe decommissioning has become a matter of priority for Japanese authorities as they seek to move on from the disaster and begin the restoration of the Fukushima region.

In a government cabinet meeting, Prime Minister Suga said the release of treated wastewater into the ocean was “the most realistic option” to advance the decommissioning process.

The decision has drawn criticism from environmentalists, local residents, fishing communities and neighbouring countries, with China expressing “grave concern” and urging the Japanese government to reconsider.

In a statement, a spokesperson for the Chinese foreign ministry said: “Japan has unilaterally decided to release the Fukushima nuclear wastewater into the sea before exhausting all safe ways of disposal and without fully consulting with neighbouring countries and the international community.

“This is highly irresponsible and will severely affect human health and the immediate interests of people in neighbouring countries.”

South Korean officials expressed similar concerns, although a statement from the US state department noted Japan had worked closely with the IAEA throughout the process of managing the Fukushima fallout.

“In this unique and challenging situation, Japan has weighed the options and effects, has been transparent about its decision, and appears to have adopted an approach in accordance with globally accepted nuclear safety standards,” the US state department added.

IAEA director general Grossi said his agency will work closely with Japan “before, during and after the discharge of the water”. He added: “Our cooperation and our presence will help build confidence – in Japan and beyond – that the water disposal is carried out without an adverse impact on human health and the environment.”