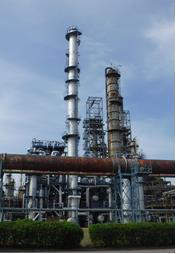 According to Idemitsu Kosan, the mixed xylene unit has a production capacity of 170,000 tonnes a year. It is expected to contribute to the growth of the petrochemical business and also enable the company to deal with varying supply and demand trend of petroleum products and petrochemical raw materials in a flexible manner.

Mixed xylene is used commonly as a base raw material in products found in everyday living that include polyester textiles and PET plastic bottles. The commodity is also used as a solvent and as a component for making rubber, glues and ink.

Idemitsu Kosan said that it intends to sell the produced commodity mainly in Asian markets, where demand is having a growth of 5% per year.

The Japanese petroleum company, in a statement, said: “Through deeper integration of our strengths in the petroleum business and the petrochemicals business, we will continue to contribute to more enriched society and living while also supporting the social infrastructure as an energy supplier.”

It was in July 2017 that Idemitsu Kosan revealed that it would install C8 splitter distillation columns at the Aichi refinery for manufacturing mixed xylene from gasoline distillate, reported Reuters.

A C8 splitter produces mixed xylene by filtering out components in gasoline through distillation.

The Aichi Refinery is claimed to have one of the largest land delivery capacities in Japan, supplying petroleum products to customers across Tokai, Kansai regions and Hokuriku. Following upgrade of its shipping facilities, the Japanese refinery has been looking to export the products outside the country.

Apart from the Aichi Refinery, Idemitsu Kosan owns three other refineries and complexes in the form of the Hokkaido Refinery in Hokkaido, the Chiba Refinery in Ichihara, Chiba and the Tokuyama Refinery in Tokuyama.