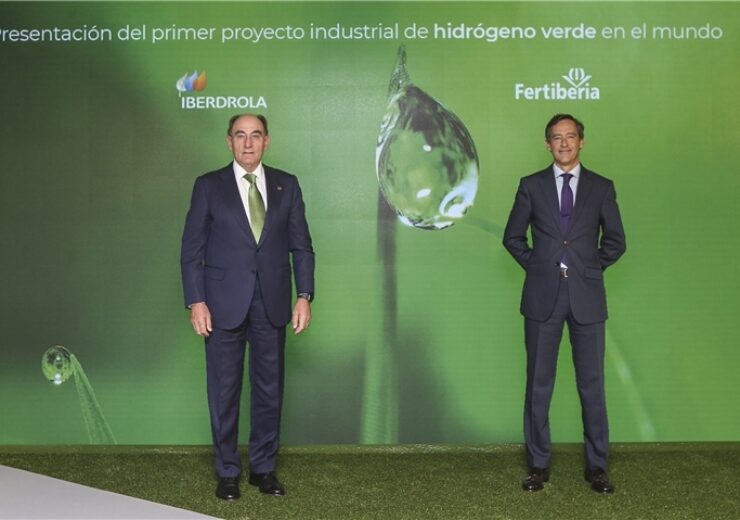 The partners are set to commission their first production plant in Puertollano in Ciudad Real province in 2021, which is touted to become the largest industrial-scale green hydrogen complex in Europe.

As part of the alliance, the companies intend to develop three more projects between 2023 and 2027. These will be built in Fertiberia’s plants located in Puertollano and Palos de la Frontera in Huelva province, which could have 40 times the capacity of the first plant.

The first green hydrogen production plant will involve an investment of €150m. The complex will have a 100MW solar photovoltaic plant, a 20MWh lithium-ion battery system, and a system for producing hydrogen by 20MW electrolysis.

The hydrogen produced from the complex will be used at Fertiberia’s ammonia plant located in Puertollano.

Iberdrola chairman Ignacio Galán said: “This great project that could turn Spain into the first country to obtain 100% of its ammonia production from green energy sources.

“The project is the result of an alliance which puts both companies’ capabilities at the disposal of an unprecedented transformation process.

“An alliance that is not based on mere intentions, but on concrete actions. Once again, we are pioneering the implementation of a new clean technology, green hydrogen, and we are doing it together with the best partner, Fertiberia.”

According to Iberdrola, the alliance’s plan of delivering 800MW of electrolysis will meet 20% of the Spanish national target of installing 4GW by 2030. Besides, it will ensure that nearly a quarter of the hydrogen that is consumed currently in the country is emissions-free.

The green hydrogen plan will help in offsetting the emission of over 400,000 tons of CO2 into the atmosphere, thereby helping in achieving climate neutrality.

Iberdrola has estimated the green hydrogen projects to create nearly 4,000 jobs through 500 local suppliers, of which 2,000 will be generated by 2023.