The project will work on the different stages that enable the circularity of wind turbine blades, including on-site pre-treatment and conditioning, waste transport logistics, recycling technologies and the marketing of recycled products. 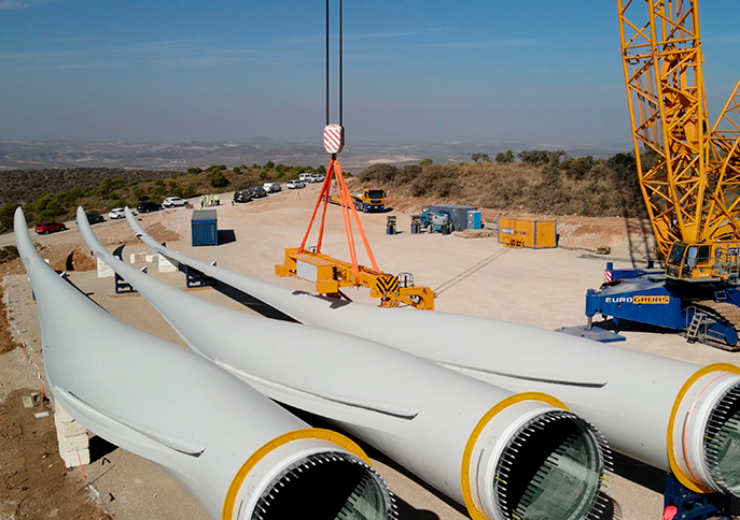 Iberdrola, through its PERSEO programme, and FCC Ámbito, a subsidiary of FCC Servicios Medio Ambiente, have launched EnergyLOOP to lead the recycling of renewable installation components, one of the biggest medium- and long-term challenges in the sector. This initiative will also contribute to the energy transition and boost the circular economy in Spain.

The initial objective will be the recovery of wind turbine blade components – mostly glass and carbon fibres and resins – and their reuse in sectors such as energy, aerospace, automotive, textiles, chemicals and construction.

To this end, the new company plans to set up Spain’s first blade recycling plant in Navarre. The facility will be located in the south of the region, a strategic location due to its proximity to some of the country’s leading wind farms and with good connections to other regions with abundant wind farms.

The project has the support of the Government of Navarre, as it is a strategic activity that positions the region at the forefront of the renewable energy sector by introducing technological innovation and circularity components and is aligned with regional smart specialisation. In its commitment to the promotion and competitiveness of renewable energies, the Government of Navarre has worked discreetly on the location of the first plant of this activity in the chartered community.

The plant will be the first industrial-scale plant in Europe and will place Spain at the technological forefront of this industry. It will also contribute to the creation of an innovative and dynamic value chain. To this end, EnergyLOOP expects to create around 100 direct and indirect jobs over the decade and plans to invest around €10 million in the first facility.

The Spanish wind industry – as a world leader with more than 28 GW of installed capacity – will face the need to recycle or reuse significant quantities of wind turbines before other countries. It is estimated that in Europe in 2030, around 5,700 wind turbines will be dismantled per year, coming from the repowering of wind farms or from facilities reaching the end of their useful life.

In this context, EnergyLOOP will contribute to the transformation of the wind energy sector into a true circular economy by investing in integrated blade recycling solutions. This initiative will also improve its competitiveness and sustainability through the research and implementation of new recycling technologies, which will make it possible to absorb the increasing amounts of waste and adopt increasingly efficient solutions.

The project will work on the different stages that enable the circularity of wind turbine blades, including on-site pre-treatment and conditioning, waste transport logistics, recycling technologies and the marketing of recycled products.