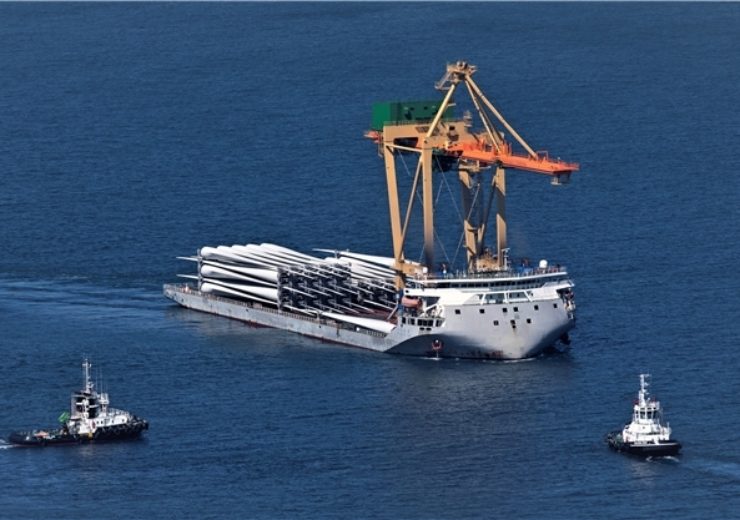 After travelling 20,000km and passing all sanitary controls, the ship named ZHI XIAN ZHI XING delivered the turbines at the Port of Bilbao, Spain. The ship started its journey from the Port of Qinhuangdao, in China last month.

The received components were manufactured by Siemens Gamesa in China for planning reasons, while Iberdrola has completed the other civil work on the wind farm with the support of local suppliers.

The remaining wind turbine elements that include towers, nacelles/hubs, generators, multiplier and transformers are manufactured at the facilities located in Asturias, Cantabria, Soria and Burgos.

Located in the municipalities of Borja and Mallen in Zaragoza province, the wind project will be equipped with 14 units of SG 3.4-132 wind turbines, with a 64.5m long blade, which is optimal for medium and high wind locations.

With an investment of €50m ($54.17m), the project is expected to create 120 jobs during the construction phase.

Once operational, the power generated by the wind farm will be equivalent to power to 20,000 homes in the region annually while offsetting 32,000 tonnes of CO2 emissions each year.

The new Puylobo wind project adds to Iberdrola’s twelve other renewable projects that are currently under construction in Spain which include a solar plant in Teruel, Aragon.

The wind farm is part of the investment plan that is initiated by the company to install 3,000MW of wind and photovoltaic by 2022.

The solar facility is equipped with 1.43 million solar panels, 115 inverters and two substations that required the delivery of a total of 3,200 containers.