The partnership is planning to invest approximately €70m (USD 78.9m) to build the solar project on the Lacorzana estate in the municipality of Armiñón (Álava) 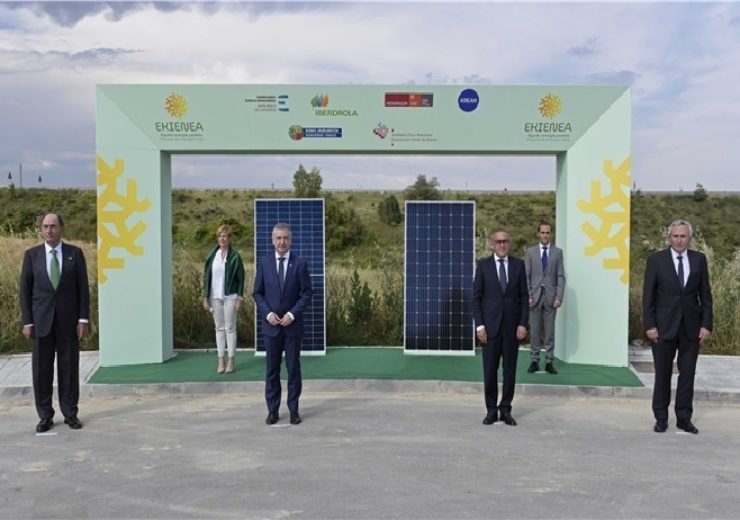 Spanish electric utility company, Iberdrola announced that it has formed part of a public-private partnership which will build a 100MW EKIENEA solar photovoltaic (PV) project in the Basque Country.

The partnership is planning to invest approximately €70m (USD 78.9m) to build the solar project on the Lacorzana estate in the municipality of Armiñón (Álava).

To be built adjacent to the 24MW Ekian solar park, the new solar facility is expected to be the largest photovoltaic plant in the Basque Country.

Project construction is expected to commence in 2022

Once operational in 20223, the power generated by the solar project will be sufficient to supply electricity to more than 160,000 people, while offsetting 25,000 tonnes of CO2 emissions per year.

The solar project will almost triple the current 60MW solar generation capacity of the Basque Country.

Iberdrola said: “EKIENEA will generate hundreds of jobs during its construction and in its operation and maintenance, proving that the transition to a low-carbon economy is also a source of prosperity and sustainable growth.”

“EKIENEA will extend over 200 hectares, half of which will be occupied by the photovoltaic plant and the other half destined for environmental compensation and the preservation of forest areas.”

Construction on the project is expected to commence in 2022, upon completion of the environmental studies and the permitting process.

Recently, Iberdrola has agreed to acquire a majority stakes in up to 9GW of developing offshore wind projects in Sweden from Svea Vind Offshore (SVO).