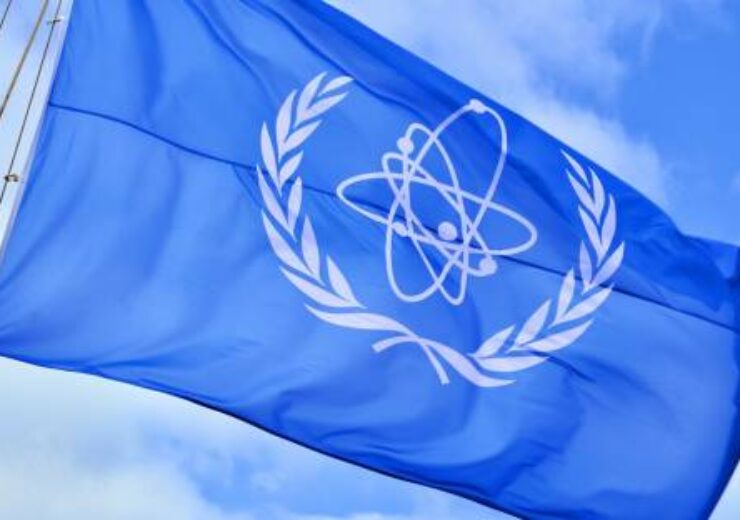 Ukraine’s Zaporizhzhya Nuclear Power Plant (ZNPP) has once again lost the connection to its last remaining main external power line, but the facility is continuing to supply electricity to the grid through a reserve line, the International Atomic Energy Agency (IAEA) was informed at the site today.

Less than 48 hours after Director General Rafael Mariano Grossi on Thursday established the presence of the IAEA Support and Assistance Mission to Zaporizhzhya (ISAMZ) at the facility in southern Ukraine, the Agency’s experts were told by senior Ukrainian staff that the ZNPP’s fourth operational 750 Kilovolt (kV) power line was down. The three others were lost earlier during the conflict.

However, the IAEA experts – now present at Europe’s largest nuclear power plant located in the middle of a war zone – also learnt that the 330/750 kV reserve line linking the facility to a nearby thermal power plant was delivering the electricity the ZNPP generates to the external grid. The same reserve line can also provide back-up power to the ZNPP if needed.

In addition, plant management informed the IAEA team that one of the ZNPP’s two operating units was disconnected in the afternoon today due to grid restrictions. The same unit 5 was disconnected also on 1 September – the day of Director General Grossi’s arrival at the site – due to an internal electrical failure but it was reconnected the following day.

One reactor is still operating and producing electricity both for cooling and other essential safety functions at the site and for households, factories and others through the grid. The ZNPP is held by Russian forces since early March, but its Ukrainian staff are continuing to operate the plant.

“Our team on the ground received direct, fast and reliable information about the latest significant development affecting the plant’s external power situation, as well as the operational status of the reactors. We already have a better understanding of the functionality of the reserve power line in connecting the facility to the grid. This is crucial information in assessing the overall situation there,” Director General Grossi said.

“The great value of finally having the IAEA permanently present at the Zaporizhzhya Nuclear Power Plant is already abundantly clear. It is a game changer,” he said, adding that the IAEA remained in close contact with its Ukrainian counterparts and continued to receive valuable updates about the situation from them.

A secure off-site power supply from the grid and back-up power supply systems are essential for ensuring nuclear safety. This requirement is among the seven indispensable nuclear safety and security pillars that the Director General outlined at the beginning of the conflict. At a press conference on Friday evening after returning to Vienna, he expressed his concern about the off-site power supply situation at the ZNPP by marking this pillar half red, half yellow in a traffic light-style infographic about the plant’s safety status.

Further underlining the fragile nuclear safety and security situation, there had been continued shelling of the site from 29 August up to the day before the Director General and his team arrived at the ZNPP. There was damage to the facility’s solid radioactive waste storage, the ventilation pipe of special building 1, and the ZNPP training building.

At the ZNPP, the ISAMZ experts will carry out detailed and continuous work to assess the physical damage to the plant’s facilities, determine the functionality of the main and back-up safety and security systems and evaluate the staff’s working conditions, in addition to performing urgent safeguards activities on the site.

“The difference between having the IAEA at the site and not having us there is like day and night. I remain gravely concerned about the situation at the Zaporizhzhya Nuclear Power Plant – this hasn’t changed – but the continued presence of the IAEA will be of paramount importance in helping to stabilise the situation. I’m immensely proud of the critically important and courageous work the IAEA team is now able to perform at the ZNPP,” Director General Grossi said.

The Director General will early next week issue a report about the safety, security and safeguards situation in Ukraine including the findings from his mission to the ZNPP.