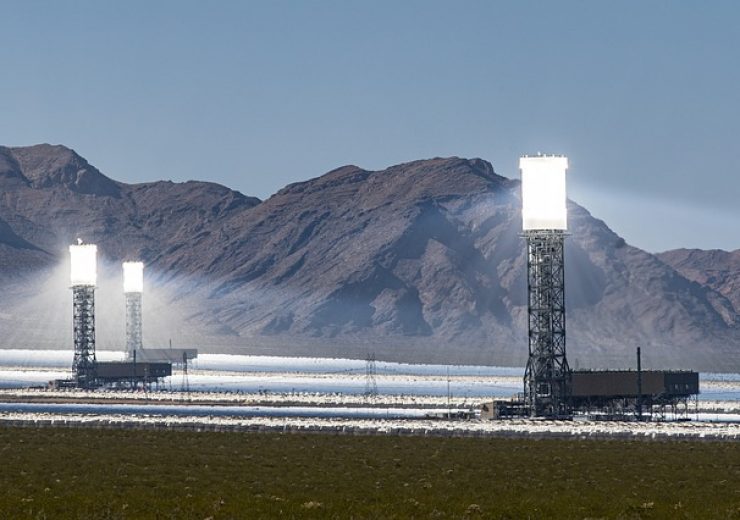 Heliogen, a renewable energy technology company, has agreed to merge with Athena Technology Acquisition in a deal that values the combined firm at around $2bn.

The deal with the special purpose acquisition company (SPAC) will enable Heliogen to become a publicly listed firm that will trade on the New York Stock Exchange (NYSE).

Based in California, the company is a provider of artificial intelligence (AI) enabled concentrated solar power (CSP).

Heliogen is focussed on developing a concentrated solar solution that leverages advanced computer vision software for precisely aligning an array of mirrors to reflect sunlight to a target on the top of a tower.

The company’s modular system, which is powered by AI, aims to provide low-cost renewable energy in the form of heat, power, or hydrogen fuel.

Heliogen’s heliostat layout and control system enables concentration of the sun’s rays and can generate temperatures at the point of focus that can be more than 1,000ºc. The heat, which is captured, is converted for industrial use, power generation, or for producing green hydrogen fuel.

Heliogen founder and CEO Bill Gross said: “We are excited to combine with Athena to leverage our collective expertise as we execute our strategy to accelerate Heliogen’s growth and scale our groundbreaking concentrated solar technology for the global energy market.

“I have been building companies nearly my entire life, and the opportunity that Heliogen’s technology represents, to decarbonise power generation, replace other carbon-intensive sources of industrial heat, and contribute to the cost efficient production of alternative fuels such as green hydrogen, is at the head of the pack in terms of its potential to make a positive impact on society.”

The merger will give the enlarged Heliogen gross proceeds of up to nearly $415m, assuming that there are no redemptions by the public stockholders of Athena Technology Acquisition.

The proceeds include a private investment in public equity (PIPE) of $165m. The PIPE investors include Heliogen’s existing and new investors such as funds and accounts managed by Counterpoint Global (Morgan Stanley), Saba Capital, Salient Partners, and the XCarb Innovation Fund of ArcelorMittal

Heliogen plans to use the proceeds from the deal for scaling heliostat manufacturing. Besides, it will use the capital towards research and development efforts on next generation heliostat technology, in global project development, and to fund its balance sheet.

Athena Technology Acquisition CEO Phyllis Newhouse said: “Heliogen absolutely meets that standard, not only in terms of solar-power generation, but in its ability to produce other sources of clean energy that may replace fossil fuels.

“The company’s pioneering use of AI and its scalable approach to project development are exciting innovations, and we couldn’t be more proud to combine with Heliogen as a publicly traded company.”

The deal, which is subject to the approval of stockholders of both the firms, regulatory approvals, and other customary closing conditions, is expected to close in Q4 2021.