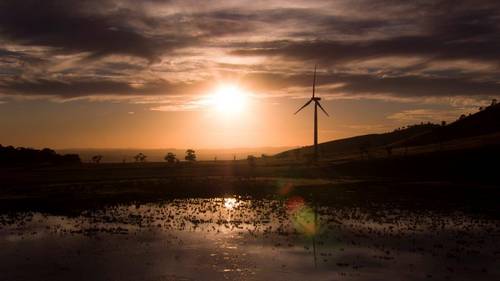 Image: Nordex will supply and install 27 of its AW132/3465 type turbines for the projects. Photo courtesy of Nordex SE.

The German turbine manufacturer Nordex Group has received an order from Grupo Enhol, a Spanish project developer, for 93.55MW of wind turbines.

Under the contract, Nordex will supply and install 27 of its AW132/3465 type turbines, in addition to a full service contract covering 10 years with an option to extend for a further 10 years.

Nordex will provide 15 turbines for the Cabanillas wind project and 12 turbines for Ablitas project, which are planned to be built in the municipalities of Cabanillas and Ablitas in the province of Navarra in the north of Spain.

The turbine manufacturer company is expected to start the turbine installation in March and begin commissioning in June 2020.

Capable of producing approximately 320GWh of clean electricity per annum, the two wind farms are supported by Power Purchase Agreements (PPAs) in place, with the energy supplier Factorenergia for a period of 20 years.

The company, in a statement, said: “Such an agreement regulates the purchase and sale of electricity between two parties, without an intermediary, the buyer acquiring a certain amount of energy at a fixed price and within a fixed time frame. With a term of 20 years, this is the longest Power Purchase Agreement in Spain to date.”

Recently, Nordex has received an order to supply a total of 29 turbines for a 94MW Pomerania wind farm in Poland. The order was placed by the Lithuanian utility Lietuvos Energija and is scheduled for completion in the next summer.

The contract also includes a premium service agreement for the project covering a period of 15 years.

Nordex claims to have  installed more than 25GW of wind energy capacity in over 40 markets.