The Plomosas Project is located within 5km of GR Silver’s San Marcial Project in the Rosario Mining District, Sinaloa, Mexico 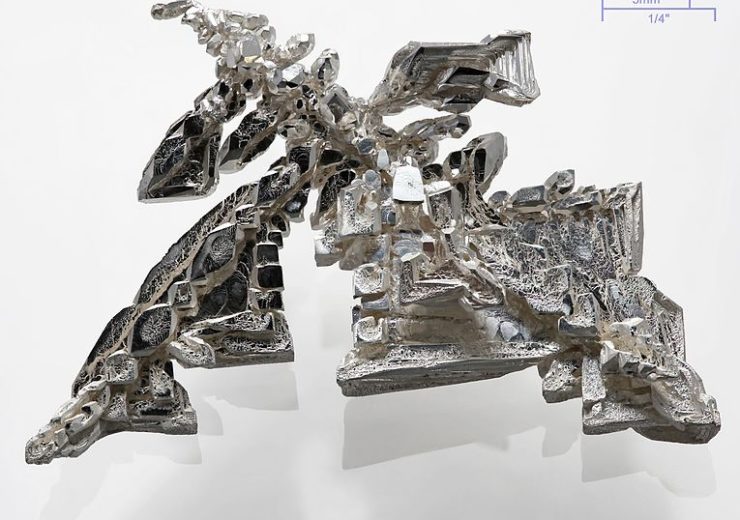 GR Silver Mining announces that it has now completed the acquisition of the Plomosas Silver Project (“Plomosas Project”) from First Majestic Silver.

As consideration, GR Silver and its Mexican subsidiary paid CDN$100,000; granted a subsidiary of First Majestic a 2% net smelter return (“NSR”) royalty on the Plomosas Project with half of the NSR being subject to a buy-back option for US$1,000,000; and issued to First Majestic 17,097,500 common shares of GR Silver.

The Plomosas Project is located within 5 kilometers of GR Silver’s San Marcial Project in the Rosario Mining District, Sinaloa, Mexico, bringing opportunities for cost savings and blended development of both projects. The Plomosas Project lies in one of the most prolific geological settings for the discovery of high-grade silver-gold epithermal mineralized systems in Mexico. This is evidenced by world class deposits discovered in similar mining districts along the western edge of the Sierra Madre Occidental.

The Plomosas Project together with the San Marcial Project provides GR Silver control of 9,764 ha, and most of the silver-gold-lead-zinc mineralized zones in the eastern section of the Rosario Mining District.

• Six (6) areas that are at the drilling/resource stage with a total of 563 recent and historical drill holes, comprising of over 100,000 m of core drilling, including a series of high grade silver and gold intersections, which will be immediately integrated in a 3D model aiming to depict multiple resource estimations.

• 16 exploration targets and over 30,000 m of under-explored mineralized veins/structures in a prolific geological setting with approximately USD$18.0 million of exploration investment by previous owners until 2019. These exploration targets have soil and litho-geochemical sampling data, IP aero geophysical and ground geophysical data indicating anomalies and favorable zones for future drilling.

The past-producing Plomosas mine operated from 1986 to 2000, processing a total of 2.5mt in a crushing-milling flotation circuit. During the 14 years of operation, Pb and Zn concentrates were the main product (reported high grade silver and gold credits). The historical reports indicate annual grades for each commodity ranging from: silver (338 g/t to 79 g/t), gold (1.74g/t to 0.76 g/t), zinc (2.66% to 1.85%) and lead (3.37% to 1.19%). The historical room and pillar underground operation mined only 260 meters of a polymetallic mineralized zone, and extensive drilling data shows continuity down dip and along strike. The drilling data also indicates high-grade silver and gold mineralization, particularly those located on unmined hanging wall and footwall zones around the polymetallic (Zn-Pb) zones. The company is currently investigating the multi-commodity nature of the mineralization and high-grade silver and gold zones by studying the extensive drilling data and delineating new mineralized zones outside of the historically mined area.

The silver and gold mineralization display the alteration, textures, mineralogy and deposit geometry characteristics of a low sulphidation epithermal silver-gold-base metal vein/breccia mineralized system. There are common occurrences of silver-gold-galena-sphalerite-rich metal assemblages associated with more than one phase of mineralization, with overprinting of the sulphide-rich mineralization on previous high-grade gold and silver mineralized zones.

GR Silver Mining President and CEO, Marcio Fonseca, commented, “This transaction is in line with our growth strategy and vision of becoming a leading mining company controlling the most important silver-gold assets in the Rosario mining district, Mexico. This represents significant value for GR Silver Mining Ltd. shareholders by adding, at a low acquisition cost, a high grade silver gold resource/development stage asset to our portfolio and by adding First Majestic Inc., one of the largest silver producers in Mexico, as the largest strategic shareholder. The Plomosas Project together with the San Marcial Project and the knowledge gained during the last two years expanding the resources (at the nearby San Marcial Project), provide key elements to successfully expand silver and gold resources. GR Silver’s portfolio is located in a favorable geological setting akin to other multi-million-ounce mining districts along the western border of the Sierra Madre Occidental in Mexico. The magnitude of this acquisition provides GR Silver the opportunity to define and expand ounces in the current resources and opens up potential for new high-grade Ag and Au discoveries, positioning the company for future growth in Mexico.”

At closing, the GR Silver and its Mexican subsidiary: (i) paid $100,000; (ii) granted to a subsidiary of First Majestic a 2% net smelter return (“NSR”) royalty on the Plomosas Project with half of the NSR (i.e., 1% NSR) being subject to a buy-back option for US$1,000,000; and (iii) issued to First Majestic 17,097,500 common shares of GR Silver, which constitutes 19.9% of the total issued common shares of the Company, being 85,916,174 common shares. All of the shares issued at closing are subject to a hold period expiring July 27, 2020, in accordance with applicable securities laws and policies of the TSX Venture Exchange. In addition, the shares are subject to a voluntary hold period such that 1/8th of the total number of shares will be released from the voluntary hold period every three months after the date of closing.