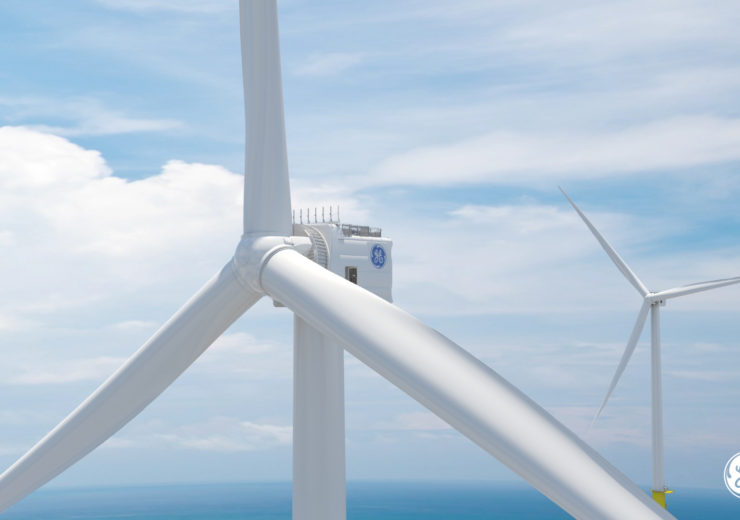 GE Renewable Energy and the Massachusetts Clean Energy Center (MassCEC) have announced the arrival of GE’s Haliade-X, the 12MW turbine, in Boston, US, for testing.

The 107m Haliade-X has arrived at MassCEC’s Wind Technology Testing Center (WTTC) in Boston. At the testing centre, the wind turbine will undergo a series of fatigue tests, where the turbine will be moved millions of times over few months to validate whether or not it can withstand more than 25 years of operation at sea.

The testing is part of GE’s efforts to commercialise the wind turbine by 2021.

GE chairman and CEO H. Lawrence Culp, Jr. said: “This has really been a collaborative effort on the part of the company to be part of solving the challenges associated with the energy transition.

“We think the Haliade-X is the right turbine at the right time as the offshore industry globally and particularly here in the U.S. is poised to take off. We’re proud Boston is part of this effort, and we appreciate the work the Commonwealth has put forth in laying out the roadmap by which Massachusetts can be a leading developer and user of offshore wind technology.”

The MassCEC’s WTTC is touted to offer a full suite of certification tests for turbine blade sections up to 90 meters in length. It also offers the latest wind turbine blade testing and prototype development methodologies to help the wind industry in launching the next generation of offshore and onshore wind turbine technologies.

Since its opening in 2011, the test centre has claimed to have run 35 different blade testing programmes involving hundreds of individual blade tests.

GE Renewable Energy Offshore Wind business CEO John Lavelle said: “We believe the Haliade-X has a key role to play in driving the growth of the offshore wind market in the U.S. and globally. Because it is the most powerful machine in the industry, it allows our customers to drive down the cost of wind energy and speed the adoption of clean, renewable energy.

“We look forward to working with our partners at the Massachusetts Clean Energy Center’s WTTC to put the blade through rigorous testing that will help ensure that it will perform as designed.”

GE announced the Haliade-X 12MW turbine in March last year. Featuring a 12MW direct drive generator, it is expected to have a gross capacity factor of 63% and can produce 45% more energy compared to other turbines.