In a blow to the Russia-owned underwater gas pipeline project, German Chancellor Olaf Scholz suspended its certification process after Moscow announced recognition of the independence of Donetsk and Luhansk in eastern Ukraine 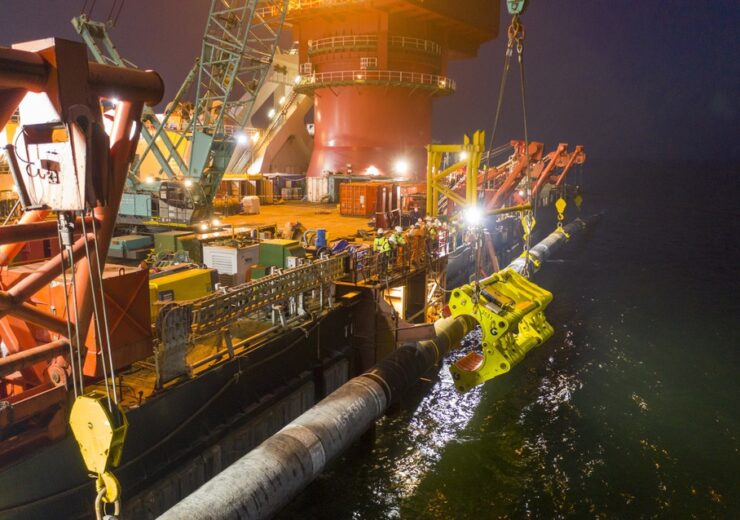 Germany has moved ahead to block the €9.5bn Nord Stream 2 pipeline amid the growing military tensions between Russia and Ukraine.

In a blow to the gas pipeline project, German Chancellor Olaf Scholz has suspended its certification process after Moscow announced recognition of the independence of Donetsk and Luhansk in eastern Ukraine.

Construction on the 1,230km Nord Stream 2 pipeline between Russia and Germany through the Baltic Sea was completed in September 2021. However, its operations could not begin due to pending certification by Germany and the European Union (EU).

Last November, the Federal Network Agency (BNetzA), which is the German energy regulator, had suspended certification of the pipeline. At that time, the regulator stated that the pipeline operating company Nord Stream 2 did not comply with German law in properly incorporating a subsidiary.

Last month, Nord Stream 2 founded a German subsidiary called Gas for Europe to own and operate the 54km section of the Nord Stream 2 Pipeline built in the German territorial waters and the landfall facility in Lubmin.

With the Ukraine crisis deepening, the White House issued a statement that US President Joe Biden has worked with Germany to make sure that the Nord Stream 2 pipeline will not proceed.

US Secretary of State Antony Blinken tweeted: “We welcome Germany’s action today to halt certification of Nord Stream 2. We will continue close consultation with Germany and our other Allies and partners on the next steps in response to Russian aggression.”

The underwater gas pipeline is designed to deliver 55 billion cubic metres (bcm) of Russian natural gas to the European Union. It traverses through the waters of Russia, Finland, Sweden, Denmark, and Germany.

The Nord Stream 2 pipeline was slated to begin operations by the end of 2021. Once operational, the pipeline would supply enough volume to meet the gas requirements of 26 million households across Europe.

Russian Deputy Chair of the Security Council Dmitry Medvedev tweeted: “German Chancellor Olaf Scholz has issued an order to halt the process of certifying the Nord Stream 2 gas pipeline. Well. Welcome to the brave new world where Europeans are very soon going to pay €2.000 for 1.000 cubic meters of natural gas!”