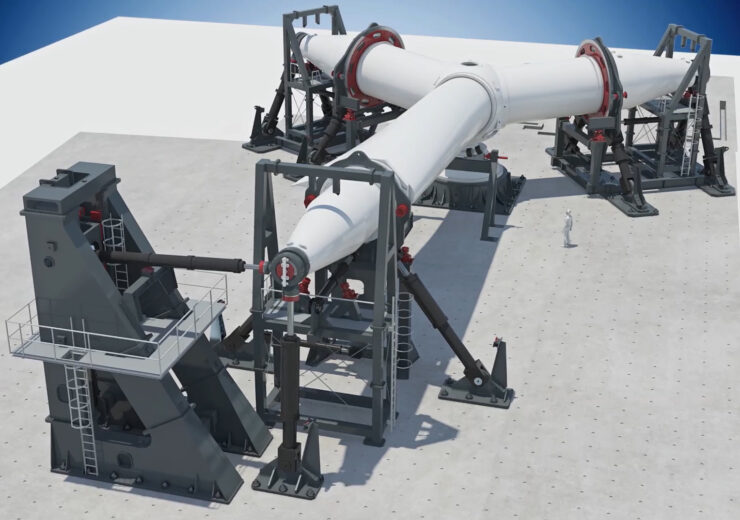 GE Renewable Energy and its consortium partners have announced the construction of a wind turbine rotor test rig in Wieringerwerf, the Netherlands.

Being constructed at GE’s subsidiary LM Wind Power’s WMC Technology Center, it is located on the border of the Ijsselmeer about 70km north of Amsterdam.

The rotor test rig is expected to allow in verifying the strength and behaviour of wind turbine rotors under the enormous mechanical loads caused by large blades.

The test rig is being constructed by a consortium of GE Renewable Energy, LM Wind Power and TNO, which was established under a three-year STRETCH project that is partially being funded by Dutch the Ministry of Economic Affairs.

TNO Wind Energy R&D Manager Peter Eecen said: “Larger turbines are essential to shape the much-required energy transition. Without innovations, larger turbines would become too heavy and too expensive to be commercially viable.

“Fast-paced innovation in wind turbine blade and rotor design, materials, construction and manufacturing have made the up-scaling of offshore wind turbines feasible and attractive around the world.”

The test facility is expected to be completed by this November

Construction and commissioning on the test rig is expected to be completed in this November.

The knowledge obtained at the test rig will be used for improving existing design tools, which after being verified digitally are expected to contribute significantly in the design of larger rotors.

“With this innovative rotor rig, we will be able to verify in-house the pitch bearings and pitch system that fix the wind turbine blades to the hub and allows pitching blade maximizing captured energy while reducing loads on wind turbine.

“This capability will provide our customers with a better understanding of the dynamic behaviour of large onshore and offshore rotors and will help LM Wind Power design ultra-large rotor blades by stretching and improving the existing designs.”