The US conglomerate, which merged its oil and gas business with Baker Hughes in 2017, plans to sell its stake completely in the oil field services company in the future 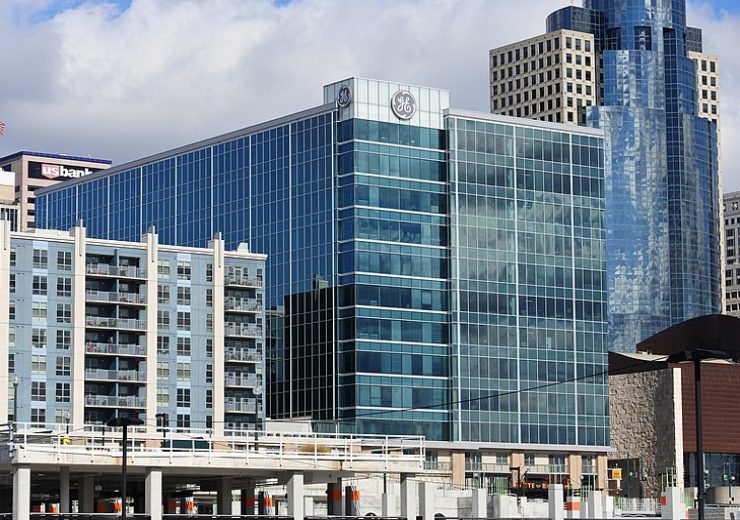 GE eventually will look to sell out its remaining stake in Baker Hughes (Credit: EEJCC/Wikipedia.org)

General Electric (GE) is set to bring down its stake in Baker Hughes (BHGE) to around 38.4% through a combination of a public offering and a simultaneous private sale to generate $2.7bn (£2.19bn) in net proceeds.

The US conglomerate is taking the step to reduce its stake in the oil field services company to boost its financial position.

To this end, GE has announced a public offering of 115 million shares of Baker Hughes’ Class A common stock, each priced at $21.50 (£17.44). The conglomerate said the public offering, which will be subject to customary closing conditions, is likely to close on 16 September 2019.

GE will also be selling $250m (£202.6m) worth shares of Baker Hughes’ Class B common stock along with an equal number of associated membership interests of the oil field services company, in a privately negotiated transaction.

The conglomerate said that the repurchase is likely to be wrapped up immediately after the public offering.

After completion of the transactions, GE will not have a controlling stake in Baker Hughes and is expected to continue selling the remaining stake in an orderly manner in the course of time.

GE chairman and CEO Lawrence Culp, Jr. said: “Reducing GE’s ownership in BHGE continues our efforts to improve our financial position by generating approximately $2.7 billion in net proceeds to GE. This offering builds on several recent deleveraging steps we have taken, and we will continue to take action in 2019 and 2020 to achieve our leverage targets.”

The US conglomerate signed a deal in October 2016 to merge its oil and gas business with Baker Hughes to create a $32bn (£25.96bn) company with operations in more than 120 countries. The subsequently enlarged company combined the digital solutions, manufacturing expertise and technology from the GE Store with the expertise of Baker Hughes in the oilfield services sector.