According to Gazprom, the ice-resistant platform for the Kamennomysskoye-Sea gas field will have dimensions of 135m in length, 69m in width, and a height of 41m from the base to the helicopter pad 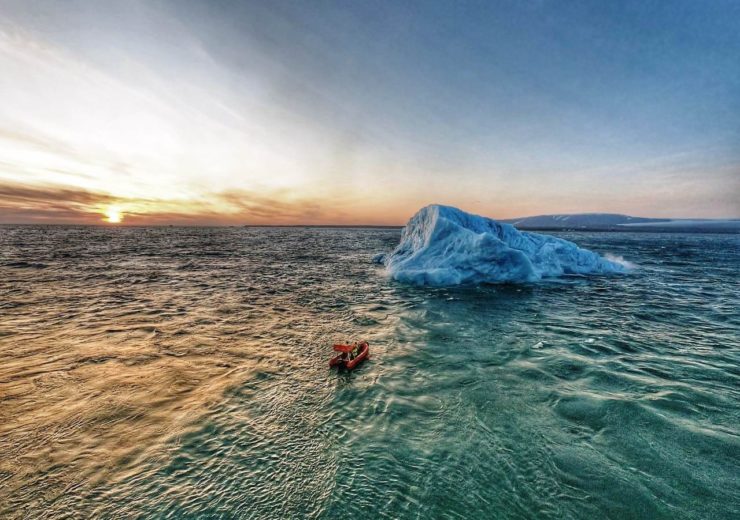 The ice-resistant platform will be deployed at Gazprom’s Kamennomysskoye-Sea field in the Kara Sea. (Credit: Gazprom)

Gazprom said that construction has started on an ice-resistant platform to be deployed at the Kamennomysskoye-Sea gas field in the Ob Bay of the Kara Sea on the Arctic shelf.

The platform’s construction is taking place at the shipyard of United Shipbuilding’s Southern Shipbuilding and Repair Center in the Astrakhan Region in southern Russia.

According to Gazprom, the Kamennomysskoye-Sea gas field is located in a marine environment known for having low temperatures of up to -60° celsius, heavy storms, and shallow depths of 5-12m. Besides, the field is contained in thick and dense freshwater ice, said the company.

The Russian gas producer said that the development of the field is set to become the first shelf project in the world to be executed in such harsh ice and climate conditions. Owing to such factors, the company decided to go with a special ice-resistant platform as the main facility for the Kamennomysskoye-Sea gas project.

The ice-resistant platform will have dimensions of 135m in length, 69m in width, and a height of 41m from the base to the helicopter pad. The platform will weigh over 40,000 tons.

Gazprom revealed that the Kamennomysskoye-Sea platform will house main and auxiliary drilling modules, operational and energy complexes, and living quarters to accommodate 120 personnel among other things.

The ice-resistant platform will be used for constructing 33 main directional production wells and a further 22 wells later on for sustaining production rates, which will be placed on satellite ice-resistant conductor platforms that do not need the permanent presence of personnel.

The gas drawn from the Kamennomysskoye-Sea gas field will be sent through pipelines to reach onshore into a gas treatment unit and a booster compressor station. Following its treatment, the gas will be fed into Russia’s Unified Gas Supply System.

Gazprom stated: “The full scope of modeling and design for the ICP was performed by Russia’s leading shipbuilding research institutions. The construction process will involve a number of cutting-edge technical solutions to ensure a high level of industrial and environmental safety, as well as operational integrity of the facility.”