Galilee Energy has reported first production of coal seam gas (CSG) from a pilot program at the Glenaras gas project in the western portion of the Galilee Basin in central Queensland. 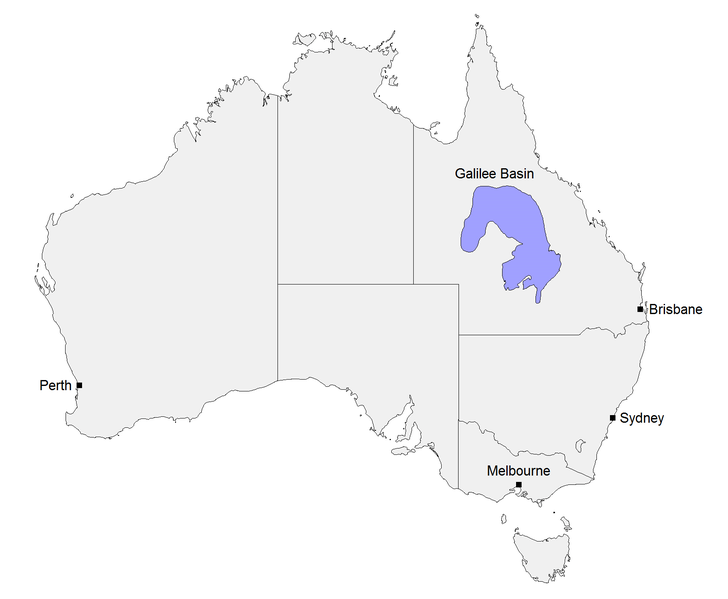 Image: The Glenaras gas project owned by Galilee Energy is located in the Galilee Basin. Photo: courtesy of Galileebasin/Wikipedia.org.

The Glenaras multi-lateral pilot, which was commissioned in June for continuous production, involves the production testing of the Glenaras 10L and Glenaras 12L lateral wells along with Glenaras 11L monitoring well.

Galilee Energy said that the pilot has shown excellent water rates with the two lateral wells flowing water rates of around 3,500BWPD in total.

The Australian oil and gas company said that Glenaras 10L and Glenaras 12L are currently flowing under the critical desorption pressure while the water flow rates are starting to level off with the release of gas.

It also revealed that the casing pressure has built up in the two lateral wells indicating gas is starting to get produced from the coal.

Galilee Energy is redirecting the Glenaras 10L well through a separator with the lateral well yielding gas at an insignificant rate. On the other hand, Glenaras 12L will be redirected via a separator in the coming weeks.

The company predicted that gas rates will keep on increasing with further reduction of fluid levels in the wells and more coal area is drawn down under the critical desorption pressure.

It said that production at the Glenaras multi-lateral pilot will be extended to de-water and reduce the pressure in the surrounding coal to achieve a commercial gas flow.

Galilee Energy managing director Peter Lansom said: “The results so far are excellent and to see the pilot commencing first gas production is a great step forward. We are still a few weeks away from full drawdown of the coal and further months to drawdown an area sufficient to achieve our target of first commercial gas rates.

“So far the coal and pilot are performing above expectation and we look forward to the coming weeks as gas production ramps up.”