Under the non-exclusive MoU, Siemens Energy AS intends to purchase a significant fraction of the volumes from an accelerated battery cell production line being planned with a targeted operational start-up by late 2021 / early 2022 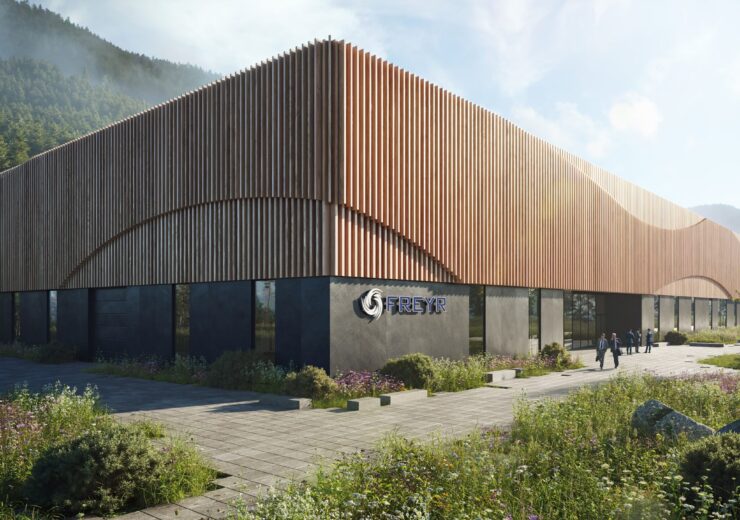 FREYR AS and Siemens Energy AS have signed a Memorandum of Understanding (MoU) for the supply of lithium-ion battery cells (LiB) for marine and Energy Storage System (ESS) applications. The battery cells will be produced with 100% renewable low-cost energy at FREYR’s battery facilities under development in Mo i Rana, Norway.

Under the non-exclusive MoU, Siemens Energy AS intends to purchase a significant fraction of the volumes from an accelerated battery cell production line being planned with a targeted operational start-up by late 2021 / early 2022. Offtake volumes will increase significantly for the planned fast track battery cell production line with targeted start-up by late 2022 / early 2023 subject to relevant certification and validation processes. Additionally, Siemens Energy AS and FREYR intend to develop globally leading ESS solutions based on world leading battery cells manufactured by FREYR.

“This is another significant step in commercializing FREYR’s and Norway’s first battery cell production facilities with a global leader in electrification, automation and digitalization. We are committed to expanding our strong relationship with Siemens Energy AS and provide safer, more cost effective and environmentally friendly battery cells for Siemens Energy AS’ ambitious growth plans within marine applications. The ESS market is the fastest growing demand segment for batteries globally and we look forward to jointly developing world leading ESS systems together with the Siemens group of companies. Batteries have a catalytic role to play in accelerating the urgently needed transition to a sustainable energy system based on renewable sources and in balancing the supply of clean energy”, says Tom Einar Jensen, the CEO of FREYR.

“We see great potential in this collaboration with FREYR, and FREYR’s solutions could enable us to increase our growth in the electrification of marine applications with local supply chains while decreasing our carbon footprint at the same time. We are also excited about working with FREYR to enable an accelerated deployment of renewable energy solutions and look forward to pushing the boundaries of deeply cost competitive energy storage systems for marine, offshore and energy storage applications”, says Bjørn Einar Brath, CEO in Siemens Energy AS.

“We increasingly see the potential from continuously implementing best available battery cell technology and are currently finalizing our selection of technology partners which we will announce shortly. We expect to be able to deliver state-of-the-art battery cells at industry-leading cost for all market segments, and our expanded relationship with Siemens will allow us to accelerate and increase our ambitions further”, says Tom Einar Jensen.

In July this year, FREYR successfully raised NOK 130 million of pre-construction equity financing for the first lithium-ion battery cell (LIB) facility in Norway with strong local and regional support.FREYR has initially stated an ambition to build a combined 2 + 32 GWh battery cell capacity, including a so-called ‘giga-factory’, in Mo i Rana. This combined undertaking will be one of the largest in Europe and produce lithium-ion battery cells (LIBs), through a partnership-based approach based on best technology available at any given point in time. FREYR is continuing to expand its value chain and establishing formal relationships related to technology, raw-material supply, equipment and machinery, production systems and customers. FREYR is also deeply committed to supporting the development of an ecosystem of scientific, commercial and financial stakeholders to develop new markets and to meet the growing global demand for battery cells – produced in Norway and the Nordic region – in a profitable, responsible and sustainable way.