The offshore wind farm is expected to generate enough electricity to power 950,000 households in the UK 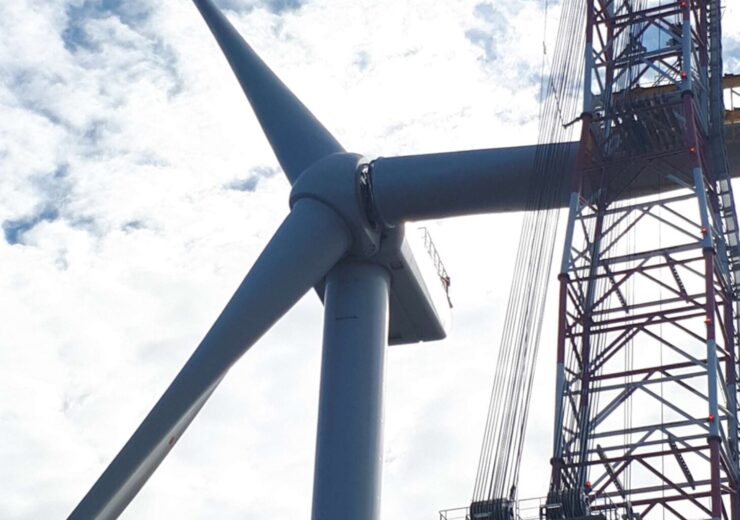 The offshore wind farm is located at Moray Firth, 22km off the east coast of Scotland, using Port of Nigg as the onshore pre-assembly port.

Planned to be built with an estimated investment of £2.6bn ($3.3bn), the project will supply electricity for 15 years under a Contract for Difference (CFD) signed with the UK government in 2017.

Moray East project director Enrique Alvarez said: “In the face of unprecedented global conditions we have safely completed the installation of 100 turbines within the challenging timescale of a single season, and I would like to thank and congratulate all those involved in achieving this milestone safely.

“Offshore wind technology is developing rapidly, and a collaborative approach throughout the supply chain enabled us to work with vessels and crew at the leading edge of the sector, contributing to our early success.”

Bold Tern vessel was initially deployed to install the first turbines at the offshore wind project in January this year, which was replaced by Blue Tern vessel in May.

Once operational, the Moray East offshore wind farm is expected to generate enough electricity to power 950,000 households in the UK. It will also offset 1.7 million tonnes of carbon emissions annually.

Fred. Olsen Windcarrier project manager Simen Tefre said: “It has been a pleasure to be part of this monumental project, and I am so proud seeing the seamless cooperation with our client, Vestas.

“This effort includes the people on board both Bold Tern and Blue Tern, as well as those on shore throughout the project.

“The joint experience, good communication and positive attitude have been key to completing the project well ahead of schedule and with zero LTI’s or medical cases.”