Fortescue and ATCO power on with hydrogen agreement

Under the agreement, the two parties will collaborate to build and operate a combined hydrogen production and refuelling facility at ATCO’s existing facility in Jandakot 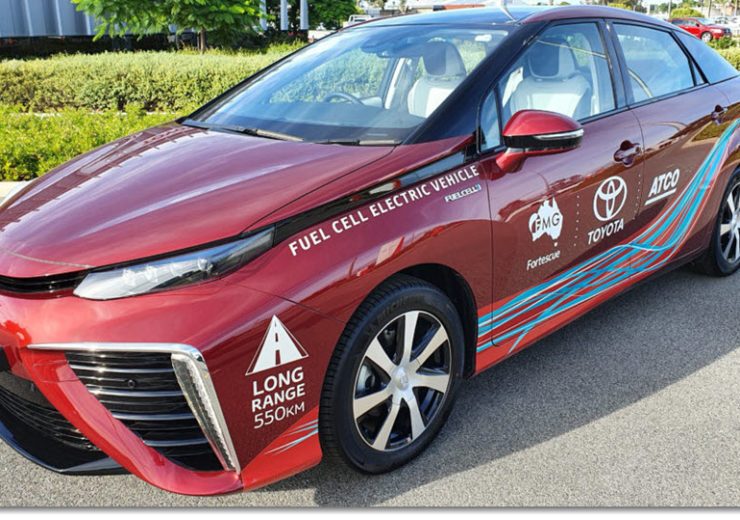 Fortescue and ATCO have signed an agreement to explore the deployment of hydrogen vehicle fuelling infrastructure in Australia. (Credit: Fortescue)

Fortescue Metals Group (Fortescue) and ATCO Australia (ATCO) have signed an agreement to explore the deployment of hydrogen vehicle fuelling infrastructure in Western Australia. Under the agreement, the two parties will collaborate to build and operate a combined hydrogen production and refuelling facility at ATCO’s existing facility in Jandakot in the Perth metropolitan area, with the possibility of wider deployment across the State.

The initial refuelling facility will provide Fortescue, ATCO and approved third parties with the opportunity to refuel vehicles capable of utilising hydrogen as the primary fuel source, including a fleet of Toyota Mirai fuel cell electric vehicles which have been made available by Toyota Motor Corporation Australia.

The project will serve as a showcase for hydrogen mobility in WA and support the transition to the next generation of zero-emission transport.

Fortescue Chief Executive Officer Elizabeth Gaines said the Company is committed to working with other organisations to position Australia as a leader in the global hydrogen economy.

“As the world moves towards a lower carbon future, hydrogen has the potential to play a key role in the future energy mix and we want to ensure we remain at the forefront of Australia’s renewable hydrogen industry,” Ms Gaines said.

“Identifying and establishing partnerships is critical to unlocking the future potential of hydrogen and we look forward to working with ATCO to capitalise on the economic opportunities associated with hydrogen and support the development of a competitive hydrogen industry.”

ATCO Managing Director in Australia Pat Creaghan said ATCO is committed to expediting the global transition to a net-zero emissions balance in the future and sees a significant opportunity for hydrogen to play a role in that future.

“ATCO’s Clean Energy Innovation Hub (Hub) has been generating and testing the use of renewable hydrogen for more than six months in gas blending and power applications. The Hub provides a fantastic base from which to partner with Fortescue to contribute to Western Australia’s burgeoning renewable hydrogen industry.

“We look forward to working with Fortescue capitalise on Western Australia’s natural advantages for the benefit of the environment, the economy and the community,” Mr Creaghan said.

Toyota Australia Manager of Future Technologies and Mobility Matt MacLeod said, “The agreement between ATCO and Fortescue demonstrates a clear commitment to hydrogen energy in Australia and this emerging economic sector.

“We congratulate both companies on this innovative approach to their joint vision for the future of zero emissions transportation. This partnership sets a strong foundation to support the introduction of Fuel Cell Electric Vehicles into Australia and we look forward to exploring the opportunities that will develop in the future,” Mr Macleod said.

ATCO and Fortescue have sought funding under the State Government’s Renewable Hydrogen Fund to support the development of this infrastructure, and are awaiting the outcome of this submission.

INEOS Phenol and ENGIE use hydrogen in industrial plant in Antwerp