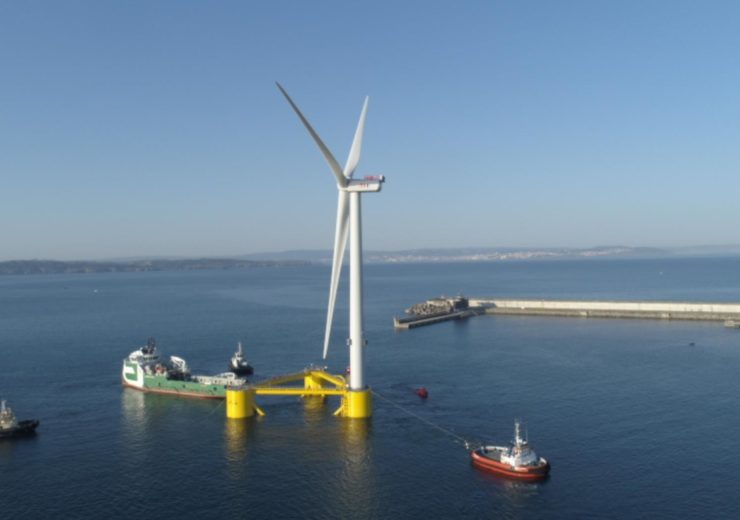 Spanish oil major Repsol announced that the third and final platform of the 25MW WindFloat Atlantic floating wind farm off the coast of Viana do Castelo, Portugal, has left from the Port of Ferrol in Galicia, Spain, to the project location.

Once arrived, the installation of the floating turbine will be completed by hooking it up to the pre-laid mooring system, followed by connecting it to the other two operational platforms at the project site.

The project’s first two platforms, which were manufactured at Portugal’s shipyards in Setubal, are supplying clean electricity to Portugal’s grid. The first platform was connected to the grid and started generating electricity in January 2020.

WindFloat Atlantic platforms anchored to the seabed with chains

Anchored to the seabed at a depth of 100m with chains, the three WindFloat Atlantic platforms measure 30m high with 50m distance between each of their columns.

The WindFloat Atlantic project is being developed by the Windplus, a consortium comprising Portuguese utility EDP Renewables with a 54.4% stake, French energy giant Engie with 25%, Repsol with 19.4%, and Principle Power with 1.2% interest.

Once fully operational, the WindFloat Atlantic project is expected to generate the electricity required to power equivalent of 60,000 users annually.

The project utilises WindFloat technology developed by Principle Power that allows wind platforms to be installed in deep waters.

EDP stated: “Windfloat Atlantic is a landmark in the sector, as it is the world’s first semi-submersible floating wind farm.

“Due to its innovative features and the access it provides to energy resources in large maritime areas, this project meets several important challenges – such as clean energy transition, energy security, and climate change – while also contributing to job creation, economical growth, and sustainable investment opportunities.”