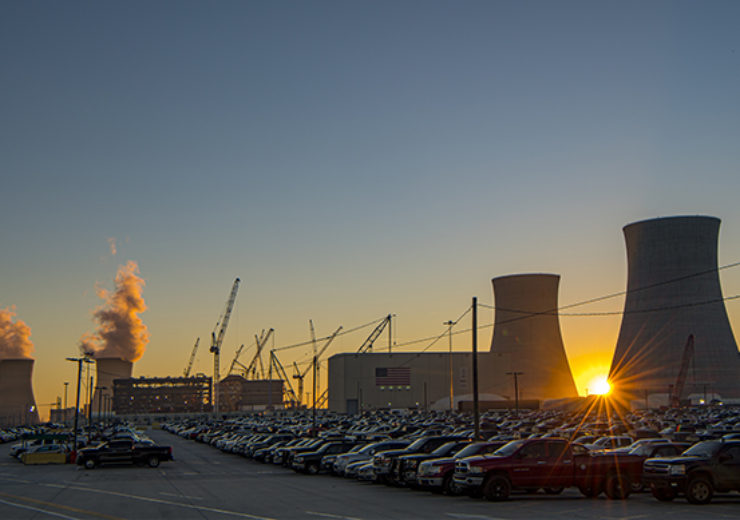 Workers at Georgia Power’s Vogtle 3 & 4 project have completed the final concrete placement inside the Unit 3 containment vessel, which houses the unit’s reactor. Completing this milestone is an important step that allows for the installation of machinery that will be used to load fuel into the unit.

Last year, the company announced it had ordered the first nuclear fuel load for Unit 3, the first nuclear fuel order to be placed in more than 30 years for a newly-designed reactor in the U.S. Consisting of 157 fuel assemblies with each measuring 14 feet tall, the fuel will eventually be loaded into the Unit 3 reactor vessel to support startup once the reactor begins operating.

Enough concrete for a sidewalk from Miami to Seattle

A total of 11,700 cubic yards – more than 22,000 tons – of concrete has been placed inside the Unit 3 containment vessel since construction began. In Unit 4, the final concrete placement of the operating deck has been completed, marking the last substantial concrete placement ahead of the containment vessel top lift in the coming months. Since the beginning of the project, more than 680,000 cubic yards of concrete have been placed for the new units, enough to build a sidewalk from Miami to Seattle.

In addition, the project workforce has reached an all-time high with approximately 9,000 workers now on site. With more than 800 permanent jobs available once the units begin operating, Vogtle 3 & 4 is currently the largest jobs-producing construction project in the state of Georgia.