The solar farm is built by Silicon Ranch, who had secured construction contract from Walton EMC in December 2018 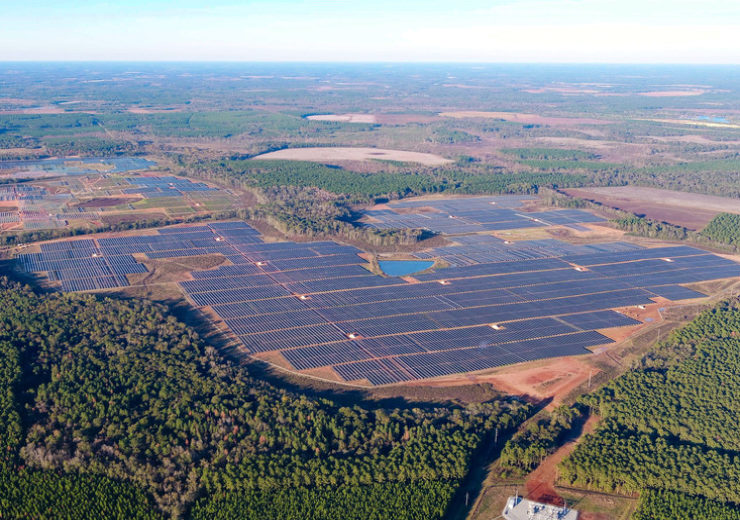 Facebook had chosen Walton EMC as the power supplier for the data center when the 970,000 square foot facility was announced in March 2018.

The data center in Newton is Facebook’s ninth such state-of-the-art facility in the country.

Located in Early County, Georgia, the solar plant is equipped with over 350,000 locally made modules by Hanwha Q CELLS mounted on NEXTracker’s single-axis tracking systems to track the sun from east to west.

The solar farm is built by Silicon Ranch, who had secured a construction contract from Walton EMC in December 2018.

Walton EMC CEO Ronnie Lee said: “Less than two years ago, Facebook, Morgan Stanley, and Walton EMC came together to design a landmark energy supply arrangement for Facebook’s Newton Data Center, and today marks an important milestone toward honoring the commitments we made.

“On behalf of our Board of Directors and the entire team at Walton EMC, I want to express our sincere appreciation to Silicon Ranch for their steadfast dedication to deliver this world-class facility right on schedule.”

Facebook renewable energy head Urvi Parekh said: “We are committed to supporting all of Facebook’s operations with 100% renewable energy, and we are thrilled that this new solar project will help us meet that goal for our Newton Data Center.

“We thank Silicon Ranch and Walton EMC for their continued partnership and for sharing our commitment to have a positive impact on the communities where we locate.”

In November, Walton EMC, on behalf of Facebook, had signed a power purchase agreement (PPA) with Silicon Ranch, for the Snipesville II solar project in the US.